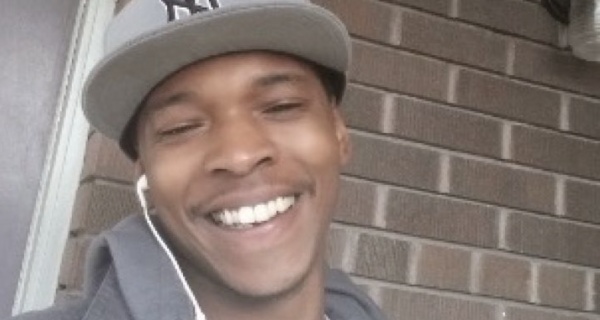 DeAndre Rogers "was found hanging in a carport in Grand Junction, Colorado on September 21, 2020."

A Black man‘s hanging death in Colorado was ruled a suicide even though the incident was never fully investigated by police, according to a crowdfunding effort looking to raise money for the burial of someone described as an “active protester.”

DeAndre Rogers “was found hanging in a carport in Grand Junction, Colorado on September 21, 2020,” a GoFundMe account says about the 32-year-old father of eight. “Before the investigation was even complete, the police and coroner ruled it a suicide, even though there are several avenues that have not been pursued with the Investigation.”

The GoFundMe goes on to say, “The circumstances of his death and the investigation are questionable, to say the least.”

The death of Rogers, who was fondly remembered in part as an “active protester,” came at a time when there has been a string of suspected lynchings of Black men in recent months. The claim that police expedited the investigation into Rogers’ death and ultimately ruled it a suicide matches up with the treatment by law enforcement of the other recent hanging deaths that occurred amid nationwide protests against racism and police violence.

Rogers has a history with the Grand Junction Police Department, according to the GoFundMe. A video purportedly shows him at a police station with others leading a protest over “the inhumane treatment they received from the residents and police department in Grand Junction, including how the officers urinated in his clothes upon his release from jail.”

The GoFundMe was created by someone identified as a friend of Rogers’ mother, Tomiko Edwards Crocheron. As of Tuesday morning, the GoFundMe had only raised a little more than $2,100 of its $7,000 goal.

Recent history shows that the hanging death of Rogers, whose funeral was held last week in Denver, is far from unique.

A series of deaths across the country have been labeled as suicides by law enforcement, but many concerned residents have called for further investigations into possible lynchings.

It was only in late June when Amani Kildea was found hanging in New Jersey. According to an online petition, Kildea had everything to look forward to, including beginning college in Virginia and aspirations toward a career in federal law enforcement for which he had already laid a strong foundation. It was unclear why the death of Kildea — who was part of a social media-based group that identified and publicly outed the names of pedophiles — went “without investigation” and “was ruled a suicide,” according to the petition.

Earlier that same month, two other Black men just happened to be found hanging before their deaths were ruled suicides.

On June 10, 20-year-old Robert Fuller was found hanging from a tree near Palmdale City Hall in California. The Los Angeles County Sheriff’s Homicide Bureau Department said that Fuller’s death appeared to be a suicide.

One day earlier, 27-year-old Dominique Alexander was found dead by a passerby near the Hudson River in New York City. He was also hanging from a tree. Authorities ruled his death a suicide.

In late May, Malcolm Harsch was found hanging in California about 50 miles away from where Fuller died. The 38-year-old was hanging from a tree near a homeless encampment.

In response to the series of hanging deaths of Black men, one social media user tweeted in June that “These hangings are not suicides.”

It’s not just this year, either.

Two Black people were found hanging from trees in the metro Atlanta area within three weeks of each other in 2018. Both deaths were reported to be public suicides but they still sparked fear of lynchings in a state that had the second-highest number of lynchings in the country from 1877 to 1950.

That same year, a mother in Ferguson, Missouri, who actively demonstrated following the death of Michael Brown said her son’s hanging death was the result of a lynching in retaliation for the protests surrounding the notorious police killing in 2014. The death of Danye Jones, 24, came on the heels of a string of other suspicious deaths associated with Ferguson activists.

Also in 2018, Alize’ Smith and Jarron Moreland, two 21-year-old Black men, were killed in a suspected lynching in Oklahoma. Four white people were arrested in that case.