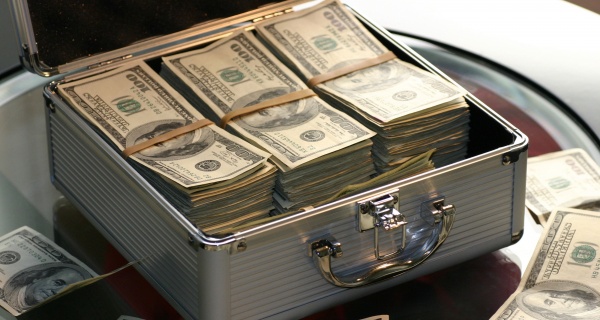 The richest got even richer this year while the poorest struggled even more.

The 50 richest Americans increased their net worth this year to an amount nearly equal to the combined money and assets of the poorest 165 million Americans, which is half of the U.S. population, according to new data from the first half of the year collected by the Federal Reserve.

The rich got richer this year despite the COVID-19 pandemic — while people struggling financially found themselves in even more dire straits. COVID-19, which has killed more than 210,000 Americans, has disproportionally hurt people of color, older people, women, and workers in low-paying jobs.

The 50 richest people increased their wealth since the beginning of 2020 by nearly $339 billion to almost $2 trillion, according to the Bloomberg Billionaires Index.

The poorest 50% of Americans — about 165 million people — hold just $2.08 trillion of net worth, or 1.9% of all household wealth, according to Federal Reserve statistics.

More broadly, the top 1% of Americans currently have a combined net worth of $34.2 trillion. They hold 30.4% of all U.S. household wealth and more than half of the eq

uity in corporations and in mutual fund shares, according to the data.

The wealthy and corporations were already sailing along thanks to a massive tax cut from the administration of President Donald Trump in 2017. As a result, the nation racked up a record deficit, which hit an all-time high of $3 trillion in the first 11 months of the current budget year.

“Combined with the disproportionate effects of COVID on communities of color, and the overwhelming burden of child care during quarantine and distance learning, which has fallen mostly on women, the pandemic is further widening divides in wealth and economic mobility,” Fed Chair Jerome Powell said in a speech earlier this month at the annual meeting of the National Association for Business Economics.

It doesn’t look like fortunes for most Americans will improve soon. “A long period of unnecessarily slow progress could continue to exacerbate existing disparities in our economy,” Powell warned.

The nation has been churning toward a historic economic gap for years. The wealth gap between America’s richest and poorest families more than doubled between 1989 and 2016.

Income inequality is higher in the U.S. than in any other country of the G-7 nations.