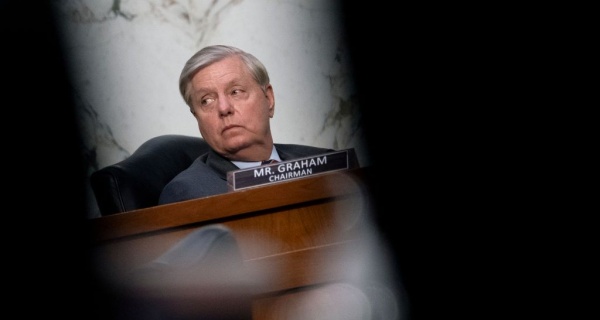 Lindsey Graham allowed what appeared to be a Freudian slip when he was disingenuously trying to show that Supreme Court nominee Amy Coney Barrett would not work to reverse landmark U.S. Supreme Court. decisions. The senator from South Carolina and ranking chairman of the Senate Judiciary Committee was presiding over Coney’s confirmation hearing Wednesday morning when he suggested that he believes that legal racial segregation took place during “the good old days.”

To be sure, Merriam Webster defines a Freudian slip as “a slip of the tongue that is motivated by and reveals some unconscious aspect of the mind.” All of which made the strange remark very telling for a Republican incumbent who is scrambling to secure his re-election against a Black Democratic challenger in a year that has been partially defined by protests against racism.

Graham’s comments came as Democrats on the Senate Judiciary Committee have been trying to establish Barrett as being partial to reversing certain Supreme Court rulings, including the Affordable Care Act (also known as the ACA and Obamacare) and Roe v. Wade, which legalized a woman’s right to have an abortion.

In trying to show that Barrett, who is anti-abortion, doesn’t have a personal stake in reversing any Supreme Court rulings, Graham inexplicably used segregation as an example. Only it proved to [perhaps?] be a display of Graham’s apparent true feelings about legally separating people on the basis of race.

Hence, Graham went ahead and asked Barrett Wednesday morning: “You’re not aware of any effort to go back to the good old days of segregation by a legislative body, is that correct?”

Barrett, touted by Republicans as a legal scholar, failed to recognize Graham’s unfortunate choice of words and instead answered the question by saying in part, “That is correct.”

Not exactly a good look for a nominee trying to take attention away from her rulings on race, like a racial discrimination case that Barrett decided by suggesting there must be proof that the N-word being used in the workplace “created a hostile or abusive working environment.” As if the N-word itself is not hostile or abusive.

Barrett has declined throughout her hearing to say how she would rule on any future cases.

But Sen. Kamala Harris, a member of the Senate Judiciary Committee, called out Barrett on Tuesday about Republicans’ true motivation behind the judge’s eleventh-hour nomination. Harris said they want Barrett to help decide next month’s presidential election’s results should it be contested and go all the way to the Supreme Court. Harris also explained that Donald Trump “promised to name judges to tear down the ACA,” which is why she said he nominated Barrett.

Harris then went into Barrett’s own record Roe v. Wade, including an article the judge once wrote suggesting she believes the case is susceptible to being overturned.

“I would suggest that we not pretend that we don’t know how this nominee views a woman’s right to choose and make her own health care decisions,” Harris told Barrett.

Graham, meanwhile, is fighting for his political life as Jaime Harrison sets fundraising records while campaigning for the incumbent’s seat in the senate.