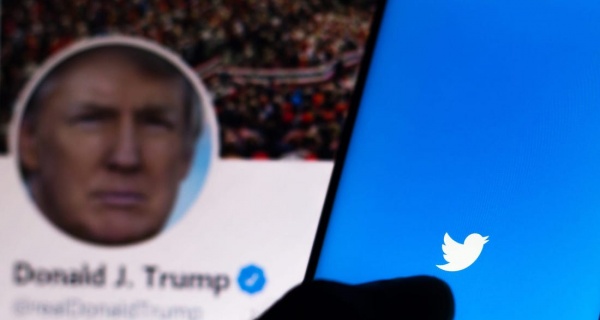 Twitter has suspended a number of fake accounts purporting to be owned by black supporters of US President Donald Trump.

The social media giant said the accounts broke its rules on spam and platform manipulation.

Many of the accounts used identical language, including the phrase: "YES IM BLACK AND IM VOTING FOR TRUMP!!!"

Twitter has not specified the number of accounts suspended so far or the source of them.

It said it was continuing to investigate the activity and may suspend additional accounts if they were found to be violating its policies.

The investigation was first reported by the Washington Post newspaper.

Darren Linvill, a social media disinformation researcher at Clemson University, found more than two dozen such accounts, which had generated some 265,000 retweets or Twitter mentions.

Some of the accounts used photos of black men that had appeared in news articles. Several had tens of thousands of followers.

Mr. Linvill told Reuters news agency that most of the accounts were created in 2017, but had become more active in the past two months.

He said all of the accounts he had been monitoring had now been suspended but that they had "already had their impact".

Twitter forbids using the platform "to artificially amplify or suppress information or engage in behavior that manipulates or disrupts people's experience" on the site.

Its action comes weeks ahead of the 3 November US presidential election.

Polls suggest about 10% of black voters are supporting Mr. Trump, according to polling website FiveThirtyEight.

This kind of alleged disinformation is much more akin to what we saw in the 2016 US elections.

These were fake accounts - often sourced from countries like Russia - deliberately stirring up discord on social media, or claiming to be genuine Americans with grievances when they were anything but.

We don't know the full details yet - Twitter has not revealed anything more about the source of the accounts.

And it's worth saying that these accounts have been suspended pending further investigation. But all the evidence supplied so far suggests there was some level of co-ordination behind these accounts. It appears the same techniques were used to glean pictures from the internet. And the real smoking gun here is boilerplate tweets used over and over again.

If true, this really is quite damaging to Twitter - you obviously want to know that the people you're hearing from are authentic.

It's also worrying that Twitter didn't appear to pick this up itself, but rather was alerted to it.