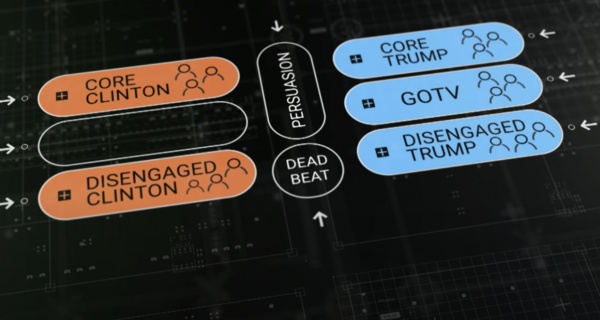 Donald Trump’s 2016 presidential campaign reportedly sought to deter millions of African Americans from voting by targeting them with misleading advertisements on Facebook, according to an investigation broadcast Monday by Channel 4 News in London.

The investigation revealed that Trump’s 2016 digital team used data to separate voters into eight different “audiences” and target them with tailored advertisements. About 3.5 million Black voters were categorized as “Deterrence” -- or voters who were not likely to vote for Trump and could potentially be deterred from voting at all.

Channel 4 alleged that the Trump campaign attempted to dissuade Black voters from backing Democrat Hillary Clinton by targeting them with advertisements that misstated her record on racial issues.

The news comes as Facebook already faces backlash for widespread misinformation and misleading advertisements on its platform.

Trump is faring badly with Black voters again in 2020, with single-digit support.

The cache of data on almost 200 million American voters obtained by Channel 4 showed that African Americans were disproportionately included in the “deterrence” category in 16 key battleground states, some of which Trump won by a small margin.

More than half of the voters in the “deterrence” category were people of color, the investigation found.