On Key Issues: Statements And Rulings By Amy Coney Barrett 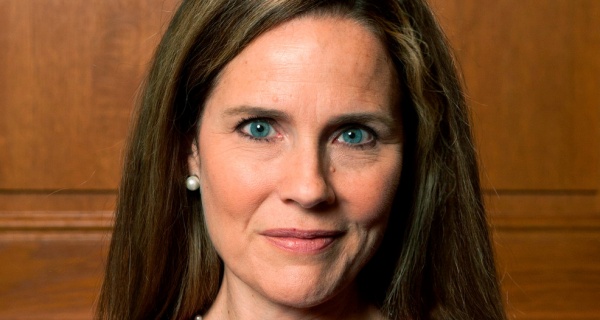 Public statements, writings, and rulings by Amy Coney Barrett were scrutinized two years ago, when she was a finalist for a Supreme Court nomination and will receive even more attention now that she's the nominee in the aftermath of Ruth Bader Ginsburg's death.

Barrett has been a law professor at the University of Notre Dame for nearly two decades and was confirmed as a judge on the U.S. Court of Appeals for the 7th Circuit in 2017.

Abortion rights: Barrett has written that Supreme Court precedents are not sacrosanct, which liberals have interpreted as a threat to the 1973 Roe v. Wade decision legalizing abortion nationwide.

In a 2013 Texas Law Review article exploring when the Supreme Court should overturn past decisions, Barrett wrote that she agrees "with those who say that a justice’s duty is to the Constitution, and that it is thus more legitimate for her to enforce her best understanding of the Constitution rather than a precedent she thinks clearly in conflict with it.”

She also wrote that the public’s response to controversial cases like Roe v. Wade “reflects public rejection” of the idea that legal precedent “can declare a permanent victor in a divisive constitutional struggle.”

A former member of Notre Dame’s “Faculty for Life,” Barrett, a devout Catholic, signed a 2015 letter to bishops that affirmed the “teachings of the Church as truth.” Among those teachings: the “value of human life from conception to natural death” and marriage-family values “founded on the indissoluble commitment of a man and a woman.”

During her 2017 confirmation hearing for the federal appeals court, Barrett said she would separate her faith from her work as a judge.

"If you're asking whether I take my faith seriously and I'm a faithful Catholic, I am," Barrett responded during that hearing, "although I would stress that my personal church affiliation or my religious belief would not bear in the discharge of my duties as a judge."

Roberts creatively interpreted as a tax the law’s penalty on those who don’t buy insurance, allowing the court to uphold the constitutionality of the law, she said. That law is coming before the court again in November, with Texas leading a group of states seeking to strike it down.

She also criticized the Obama administration’s method for giving employees of religious-affiliated organizations access to birth control without having the institutions pay for it.

Religiously-affiliated charities and universities were allowed to shift the cost on to their health insurance provider. But a letter Barrett and more than 300 academics signed said the accommodation “changes nothing of moral substance and fails to remove the assault on religious liberty.”

During her time on the appeals court, Barrett has ruled in cases involving other high-profile topics:

Guns: Barrett dissented when the appeals court upheld a decision restricting the Second Amendment rights of a felon convicted of mail fraud. She said non-violent offenders should not lose their constitutional right to firearms possession.

Race: Barrett helped to block the U.S. Equal Employment Opportunity Commission's effort to stop an employer from transferring Chicago-area employees based on their race or ethnicity. The agency had accused AutoZone of making the transfers to reflect area demographics. Three dissenting judges said the policy "deprived people ... of employment opportunities at their preferred geographic location."

Age discrimination: Barrett ruled that the Age Discrimination in Employment Act does not apply when policies impact plaintiffs unintentionally.

The ruling went against a 58-year-old job applicant who lost out to someone half his age when the company sought to hire a person with less than seven years' experience.