He Was the Neo-Nazi Who Inspired ‘American History X.’ His Nazi Pals Are Now Cops. 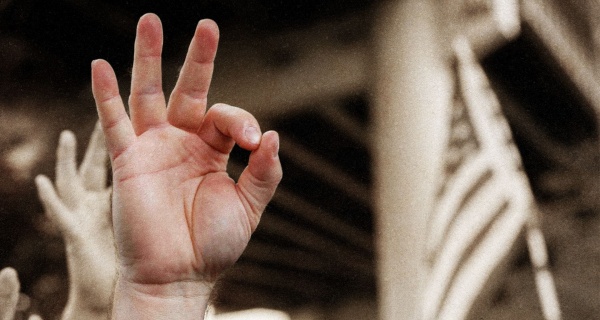 Frank Meeink was a top neo-Nazi who inspired Edward Norton’s character in “American History X.” He now speaks out against it—and says members of his old neo-Nazi crew became cops.

In October of 2006, the FBI released an intelligence assessment titled, “White Supremacist Infiltration of Law Enforcement.” Though the document—culled from FBI investigations and open sources—was heavily redacted, it reached a number of disturbing conclusions.

The assessment revealed that white supremacists “have historically engaged in strategic efforts to infiltrate and recruit from law enforcement communities”; that many of these white-supremacist infiltrators are known as “ghost skins” who “avoid overt displays of their beliefs to blend in”; and that the KKK have longstanding “ties to local law enforcement.” These firm ties between white supremacists and law enforcement persist to this day. Last year, Reveal published an investigative series exposing the police’s proclivity for Facebook hate groups and racist memes, and in late August, former FBI agent Michael German compiled an exhaustive report detailing the prevalence of “racism, white supremacy, and far-right militancy in law enforcement” and the federal government’s non-existent response to it.

Links between white supremacists and law enforcement have been thrown into sharper relief in recent months following the killing of George Floyd, and numerous instances of curiously chummy behavior between police and far-right militiamen during the ensuing protests for Black lives.

Frank Meeink, once one of the most prominent neo-Nazis in the U.S.—and the inspiration for the character Derek Vinyard, played by Edward Norton in the 1998 film American History X—thinks he knows why.

“I know that there are neo-Nazis who I used to run with who are now cops,” he tells The Daily Beast. “And that’s just in my crew. Imagine how many neo-Nazis and white nationalists have been becoming cops? Three of the people in my crew alone became cops.”

Meeink, 45, recalls attending a big summit in the early ‘90s with David Duke and other white nationalist leaders.

“They were telling us to cover up our swastikas, grow our hair out, and become cops,” he says. “I know of at least three of the people at that meeting who became cops.”

The main reason Duke and the other white nationalist speakers were urging their hate-filled charges to join law enforcement did not have so much to do with “alerting skinhead crews of pending investigative action against them,” as the 2006 FBI assessment concluded, but to disenfranchise people of color—particularly Black people.

“The Fourth Amendment is violated all the time by the cops, and in these meetings they would say, ‘Yeah—and when we become cops we’ll get them felonies so they can’t vote.’ That constantly went around,” Meeink remembers, sighing deeply. “We need to get all these white nationalists out of the police force. There are so many racist cops. And I know a lot of cops.”

In addition to releasing an updated and unredacted version of the FBI’s 2006 assessment, which Democratic lawmakers are presently lobbying for, one possible method of weeding out white nationalist cops, Meeink suggests, would be to create a team of former neo-Nazis like himself who would investigate cops that have arrested a high number of Black people solely for “resisting arrest.”

“We have to put together a bunch of formers like me to go through their bios and their social media to see if we recognize any signs,” he says. “It’s time for us to be of service to people, and what better way can I be of service to anybody when I know the answers to the problems? I’m a person who can contribute because of my past. People like me have the antibodies of hate in us, because we had the virus of hate eating away at us for so long.”

Meeink grew up “kitty-corner from the housing projects” in South Philadelphia. He came from a broken home, and says his mother neglected him and his stepfather regularly abused him.

“My stepdad would beat the shit out of me. I’d want to get hit by a car just so I could go to the hospital and not have to go home and get whooped by my stepdad,” he says, choking up.

At the age of 13, he fell in with a group of neo-Nazis. For the first time, he felt accepted and like “what I said and did matter.”

“We’d go out to these punk-rock clubs and everyone was scared of the neo-Nazis. And they were scared of me. I was a 13-year-old runaway kid, and people feared me,” he remembers. “And I loved it, because I was in fear of everything and had no self-esteem. It was the first time I felt powerful.”

They fed him ideas—that Blacks were inferior, Jews were controlling the banks and dead set on starting World War III—that he ate up. He soon got a swastika tattoo on his neck, and the word “skinhead” inked across his knuckles. By 17, Meeink was hosting a neo-Nazi cable-access TV show, The Reich, and touring around the country giving white nationalist lectures.

“I became a pundit like Sean Hannity, where I would read things not to learn—but to make my crazy arguments,” he says. “So I’d drop facts about GDP and crime rates or mention parts of the Bible—and all these other things to make little, stupid points.”

He was also regularly invited onto national news programs to discuss his neo-Nazism, which had the effect of amplifying his insidious message.

“They used to tell me all the time: If we got one new member out of a nationwide show, we did our job,” says Meeink. “At every rally, we’d make sure our banner was shown with our P.O. Box number, and we’d say, ‘Come join our clan,’ and we knew the media would want to get whatever message was on the banner but they’d also broadcast our P.O. Box number. It was a free commercial, and we’d do it all the time.”