COVID-19 Doesn't Seem To Be Everywhere Yet. Here Are 14 Countries That Say They Haven't Had A Single Coronavirus Case. 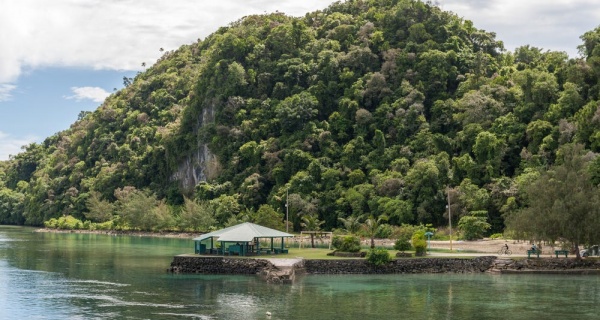 *The coronavirus has reached 188 countries and territories around the world, according to John Hopkins University's tracker.

*The pandemic has prompted many countries to impose lockdown measures, fundamentally changing many citizens' lives.

*But some countries say they have yet to record a single coronavirus case.

*Some have governments that are unlikely to admit if they have an outbreak, while others are remote island nations where it is easier to shield from outsiders.

*Here are 14 countries that say they've been free of the coronavirus.

The Polynesian island country, which has a population of about 200,000 people, has recorded zero confirmed coronavirus cases.

It declared a state of emergency and closed its borders in March, including to boats and ships.

It said it would stay closed "until further notice," to keep the disease out of the country.

People who are allowed in under special circumstances have to follow a series of regulations, health checks, and quarantine rules "to keep Samoa COVID-19 Free."

The Pacific Ocean country of almost 60,000 people has not reported any cases.

The nation, made up of a series of islands, announced entry restrictions early in the global outbreak.

It's now looking at how it can get tourists back without bringing the virus into the country.

The South Pacific island country has not recorded a single coronavirus case.

It declared a state of emergency in March that will last until the end of 2020.

The government is still in the containment stage of its plan, which means its goals are to "stop the virus coming into Vanuatu" and "to isolate any people found in the country who have introduced the COVID-19 virus (to prevent them spreading it to other people or to other areas of Vanuatu)."

The Polynesian island country of almost 12,000 people has seen no coronavirus cases.

The Polynesian country, which is made up of a series of islands, is still free of the coronavirus among its population of just over 100,000 people.

Since March, Tonga has quarantined people, implemented a curfew, banned large groups and contact sports, and urged social distancing in case the virus had entered the country.

It also closed its borders to flights and cruise ships in March.

It had a suspected case in early March, but later said the person did not have the coronavirus.

The Pacific Island nation has recorded zero cases among its population of more than 110,000.

People coming from countries with ongoing local transmission of the virus have to spend "at least 14 days in a country free of the virus before traveling to Kiribati, and to provide medical clearance to confirm that they are virus-free."

The dictatorship hasn't reported any coronavirus cases, but experts say the claim of one of the most secretive and repressive countries in the world can't be trusted.

The country already makes health claims like saying it has zero people living with HIV/Aids, which experts say are not possible, the BBC reported.

However, the country restricted travel early in the global outbreak, and is already one of the hardest countries to enter, which may have helped it avoid an outbreak.

The Pacific Ocean island country, made up of more than 600 islands, has not recorded any cases.

The country has closed its borders, and its COVID-19 task force has done simulations to see how ready it is for an outbreak.

Citizens who have been repatriated are also required to quarantine.

The Pacific Ocean island country of more than 10,000 people has recorded zero cases so far.

But the government has expressed ongoing worry about the growing number of cases in the surrounding Oceania region, like in Australia and New Zealand.

North Korea has not reported any coronavirus cases, though its leader, Kim Jong Un, has repeatedly outlined the disease as a potential threat.

The country, which already had little contact and travel with the rest of the world, closed its borders further in January, and has taken steps like quarantining a border town to try to stop its spread.

But experts are skeptical about the country's official statistics and statements, with some believing that it could have had cases in March, or even earlier.

Its weak health system may not have been able to confirm them, and the secretive nature of its ruling party means it may not admit if it is fighting an outbreak.

The Pacific Ocean country of around 18,000 people has not reported any cases.

Its health ministry has issued guidelines on how citizens can protect themselves.

It said in March: "While we do not want people to panic, we need to be vigilant and cautious, and to practice current recommended preventive measures, including frequent handwashing, practicing respiratory etiquettes, social distancing, and preparing as if we are going to get that first confirmed case."

Travelers into the country also have to quarantine upon arrival.

The South Pacific island country, which is self-ruling but in free association with New Zealand, hasn't recorded any virus cases.

It closed its borders in mid-August after New Zealand saw a resurgence in cases.

Prime Minister Henry Puna said: "We are taking very serious measures in order to protect our people and to control and keep this deadly disease away from our shores."

Earlier this week its former prime minister, Joseph Williams, was hospitalized with coronavirus, but he is in New Zealand.

It's one of the world's smallest countries, with a population of less than 2,000 people.