Postmaster Louis DeJoy Gave Millions to Republican Candidates. Will the GOP Bite the Hand that Fed Them? 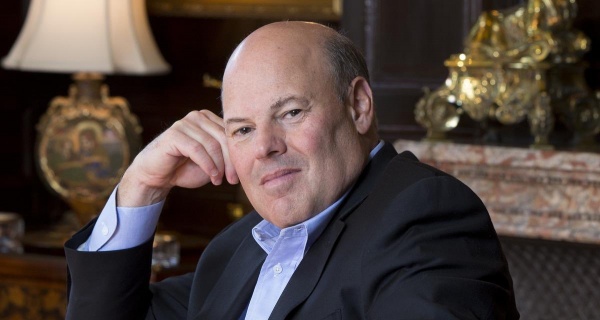 Postmaster General Louis DeJoy, whose maladministration of the Postal Service has disrupted mail sorting and delayed vital deliveries — in line with President Trump’s declared objective of blocking an effective vote-by-mail election — is a major Republican donor. The recipients of the millionaire’s political largesse include top politicians now charged with overseeing his performance at the Postal Service, as well as GOP Senate candidates who stand to benefit from DeJoy’s apparent 2020 tampering.

Under scrutiny from the press, congressional investigators who have summoned him to testify, and 20 lawsuits from the states, DeJoy announced Tuesday that he was suspending his “reforms” at the Postal Service until after the election. But significant damage has already been done to the nation’s postal infrastructure, including the apparent junking of expensive, high-speed mail-sorting machines in pivotal 2020 swing states such as Michigan, Pennsylvania and Florida. Americans across the country, including veterans, are complaining of delayed arrivals of prescription medicines, benefit checks, and other essential deliveries. A center-right advocate for the integrity of the USPS, Sen. Joe Manchin (D-W.V.), is demanding “all critical machines and equipment that have been idled or removed” under DeJoy’s watch be returned to service. The Senate’s top vote-by-mail advocate Ron Wyden (D-Ore.) vows “This is far from over. DeJoy needs to answer for the damage already done.”

DeJoy is a classic Trump crony, rewarded with a position of great federal power after showering the president, and his party, with cash and praise. DeJoy made millions in shipping and logistics. Even after assuming the role of Postmaster General in May, DeJoy retains a huge financial interest in the company he used to lead, XPO Logistics, a contractor to the Postal Service, an entanglement that critics maintain presents a clear conflict of interest. But this professional insight into the inner workings of the USPS also makes DeJoy unusually qualified to monkey-wrench the mail in advance of the 2020 election.

DeJoy’s massive political donations to the president and to GOP committees have arguably benefited every Republican now holding federal elective office. But DeJoy has also targeted his giving to individual Republican candidates, who — as Congress begins oversight of the disruption DeJoy has wrought — are now challenged to bite the hand that fed them.

In the House, minority leader Kevin McCarthy (R-CA) has been a DeJoy darling. In April, shortly before becoming Postmaster, DeJoy gave $35,000 to the McCarthy Victory Fund, and another $2,800 to McCarthy’s campaign directly. In July, McCarthy voted against Democratic legislation in the House that would fully fund the Postal Service.

Campaign finance law limits the size of direct contributions to candidates. In the Senate, DeJoy has given the maximum legal donation to majority leader Mitch McConnell’s re-election campaign with contributions totaling $5,600. McConnell has downplayed the crisis DeJoy has provoked, insisting: “The Postal Service is going to be just fine.”

DeJoy has also favored one of the GOP’s most imperiled Senate incumbents, Arizona Republican Martha McSally. DeJoy “maxed out” to McSally’s campaign at the end of 2019, with donations totaling $5,600. A top GOP Senate hopeful has also repeatedly received big checks from DeJoy. John James is hoping to unseat Democrat Sen. Gary Peters in Michigan. DeJoy maxed out to James in December, having previously been a max donor to James’ 2018 bid against Sen. Debbie Stabenow.

McConnell, McSally and James would all likely benefit from a vote-by-mail tangle at the postal service, as Republican voters are overwhelmingly vowing to vote in person in 2020, while Democrats mindful of the coronavirus pandemic are pledging to vote by mail. None of these GOP politicians responded to questions from Rolling Stone about whether they intend to keep DeJoy’s cash, or return it in light of the controversy at USPS and their respective duties to oversee the performance of the millionaire postmaster.