D.L. Hughley Thinks Kanye West Is 'Conveniently Ill When It Serves His Purpose' 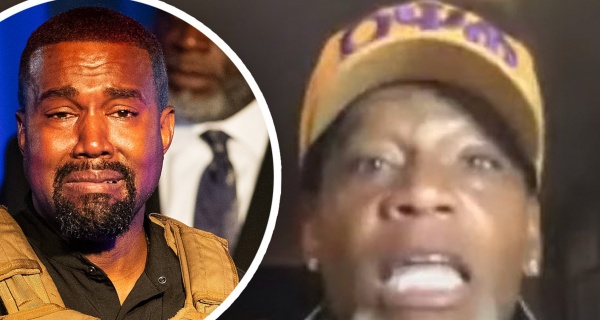 D.L. Hughley isn't convinced that Kanye West is consumed by his mental illness.

During Sunday's conversation with Chanel Omari on Fanroom Live, D.L. Hughley explain that he believes Kanye West has some levels of mental illness but this disorder isn't an excuse of 'Ye's behavior.

"There is no doubt that he suffers from some level of mental illness, but it isn’t why he’s misogynistic, it isn’t why he’s disrespectful to our history," Hughley said around the interview's nine-minute mark. "You don’t have to be mentally ill to put an asterisk on slavery and he consistently does it whether it’s Harriet Tubman, when he denigrated her, whether he’s talking about slaves—he's not so mentally ill that he'll talk about any other people. He talks about people he can get away with."

Kanye West has been vocal about struggling with bipolar disorder. Recently, West has been exhibiting bizarre behavior—like the antics at his South Carolina campaign rally—that those close to have attributed to a manic episode. Yet, Hughley thinks West isn't moving without a motive, claiming that the rapper can be "conveniently" ill to gain an advantage.

"He's not so ill that he's trying to be a disruptor in the political forum," Hughley said. "He took $5 million in the PPP payments. So he seems to be conveniently ill when it serves his purposes. And, to me, Kanye West is exactly like Donald Trump so it would make sense they are attracted to one another."

Kanye's whirlwind political campaign is now in an even weirder space. Not only is the threat of a voter fraud investigation looming, but reports also surfaced claiming that Republican operatives are working to help Kanye's campaign. When asked by Forbes on Thursday he was running for president to hurt Biden's chances for winning the election, 'Ye refused to directly answer the question stating instead that he was "walking . . . to win."

West is now on a vacation with his family where he is reportedly focused on mending their relationships and stabilizing his mental health.