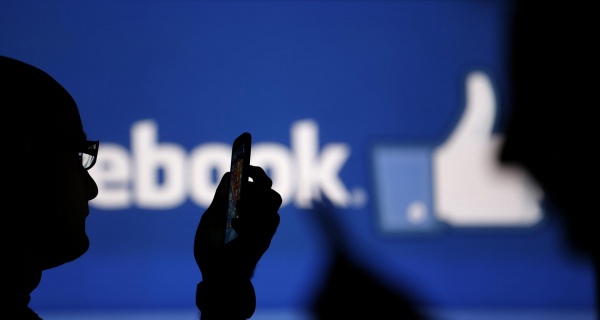 More accounts are taken down that push pro-Trump content.

In an era of “fake news,” Facebook is on the hunt for fake accounts that could influence the upcoming November elections.

According to NBC News, the social media platform removed hundreds of accounts on Thursday from a foreign troll farm posing as Black people supporting Donald Trump. The troll farm also posed as supporters of QAnon — a far-right conspiracy theory describing a supposed secret plot by an alleged “deep state” against Trump and his supporters.

Troll farms are groups of people that come together to manipulate Internet discourse with fake accounts. They are usually outsourced and purchased by foreign governments or businesses to promote specific political talking points. In this instance, the motivation of the troll farm was unclear, according to Facebook’s head of security policy Nathaniel Gleicher. However, Facebook said that they didn’t discover “clear evidence of financial motivation” or “clear links to known commercial actors in this space.”

Along with fake accounts posing as African-Americans in support for Donald Trump and QAnon supports, Facebook also took down hundreds of fake accounts connected to conservative media outlet The Epoch Times, which promoted pro-Trump conspiracy theories about the protests in the U.S. and the coronavirus pandemic.

These recent takedowns are part of Facebook’s enforcement against coordinated inauthentic behavior, which is the use of inauthentic accounts to inflate the reach of products or content on social media. According to their report, Facebook has removed nine networks of accounts, pages, and groups in the month of July. “Much of the activity we removed in July was linked to commercial entities and individuals associated with political campaigns and political offices,” the report read. “We have shared information about our findings with law enforcement, policymakers, and industry partners.”

The nine networks removed were mostly related to countries. So in other words, they’ve removed a Romania network, a Brazilian network, a United States network, and six other networks related to a specific country or global network. In total, 798 Facebook accounts were removed and 259 Instagram accounts.

Facebook said that the removals were based on “behavior, not content,” like breaking rules against creating fake accounts to boost engagement on certain pieces of content. Researchers at the Atlantic Council discovered that many of the troll farm’s posts derived from a persona called “David Adrian,” which used a stolen profile picture and claimed to be living in both Montana and Romania. Facebook, Instagram, and Twitter have all removed various accounts for the David Adrian persona.

A different troll operation connected to the pro-Trump media organization Epoch Media Group involved 303 Facebook accounts, 181 pages, 44 Facebook groups and 31 Instagram accounts, which were followed by more than 2 million people across both services. The Epoch Media Group is the parent company of the newspaper The Epoch Times, which has been the target of Facebook two times. The social media site most recently took action against Epoch Times-related content for its use of AI-generated, deepfake-style profile pictures on fake accounts that pushed Epoch Times stories and talking points.

One example of the new Epoch Media-related takedown, according to Facebook, involved an account called “Truth14”. It pushed a meme concerning a baseball player who didn’t kneel during the national anthem, which was part of the accounts’ strategy to push pro-Trump and anti-Black Lives Matter messaging. “This guy is going to need a lot of support because the mob is coming for him and his family,” the post reads. “‘MLB’ is ‘BLM’ spelled backwards.”

At one point last year, The Epoch Times was the largest buyer of pro-Trump ads on Facebook outside of the Trump campaign.