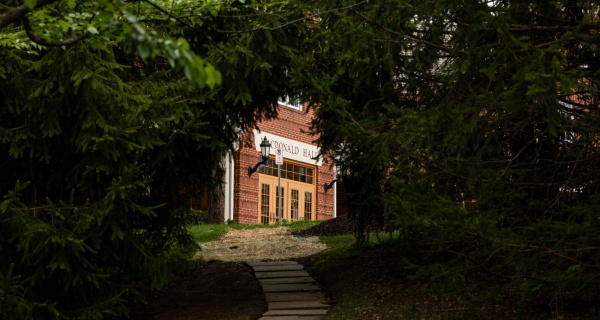 The private school said it was planning to conduct online classes or go to a hybrid model, where students come to campus in shifts and some can be remote, because of novel coronavirus concerns

Despite President Donald Trump's push to have schools reopen their classrooms in the fall, his son Barron Trump won't be sitting in class full-time anytime soon.

The private St. Andrew's Episcopal School in Maryland — which the 14-year-old began attending after moving to Washington, D.C. — announced this week that while a final decision has yet to be made, it is planning not to fully reopen its campus in the fall because of novel coronavirus concerns.

The school shut down and switched to online learning in the spring.

In a letter to parents this week, St. Andrew's said it is preparing either to continue with online classes or to implement a hybrid plan for the next school year, which would use both e-learning and in-person classes by allowing groups of its students to return to campus in cycles, along with social distancing.

"We are hopeful that public health conditions will support our implementation of the hybrid model in the fall," the school's letter says.

The school also told parents that it is "continuing to pay close attention to current guidance from state and county health officials, as well as the CDC, as the health status of our region evolves."

The Centers for Disease Control and Prevention has reported that kids 17 or younger make up about 6 percent of confirmed U.S. coronavirus cases — though that age range also makes up only about 0.2 percent (or 228 children) of all deaths, according to the Associated Press.

However, it remains unclear how easily children may spread the virus to other groups.

Oval Office officials, led by Trump, have strongly pushed for schools to reopen in the fall — even threatening to pull federal funding.

But critics say that his administration has not provided a clear roadmap for how schools can navigate the tricky balance of public health and the positives of in-person class. The CDC's guidance on reopening was also revised after criticism from Trump.

The president told reporters Wednesday that he would be "comfortable" with sending Barron and his grandchildren back to school, while the COVID-19 respiratory illness continues to impact the United States and the world.

On Thursday, however, he softened that stance and agreed that schools in areas with spiking coronavirus may need to delay their in-person classes — but he reiterated that "every district should be actively making preparations to reopen," or they should not receive billions in coronavirus aid from the federal government.

(The White House did not respond to a request for comment after Barron's school's announcement, in light of his dad's position. The administration did not comment to The New York Times.)

The debate over when and how to send students back to school has turned partisan in recent weeks, as the Trump administration underlined its desire to see kids back in classrooms despite what experts have said are the health risks involved for students, teachers and other staff.

"There is going to be the exception to the rule, but the rule should be that kids go back to school this fall," Education Secretary Betsy DeVos told CNN this month.

In response, Massachusetts Rep. Ayanna Presley, a Democrat, told DeVos: "I wouldn’t trust you to care for a house plant let alone my child."

Many schools are still announcing their reopening plans as the fall semester approaches. In its letter this week, Barron's school says it will make a final decision about its reopening method sometime during the week of Aug. 10.

According to one roundup, nine of the country's 15 largest school districts have said they will be remote-only when the school year begins.