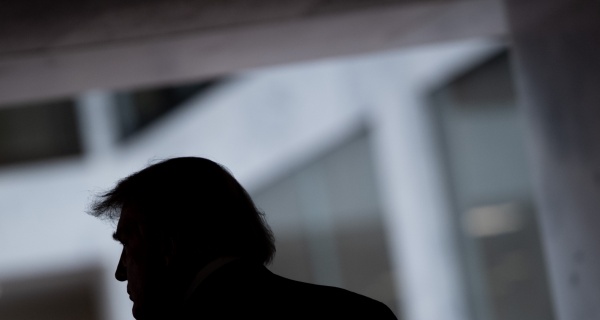 “The president has done such damage to himself that a lot of us are just waiting for him to stop being handed so many of those kinds of opportunities,” said a senior official.

Shortly before the summer kicked off, Donald Trump was hopeful. The president, his campaign, and the top lieutenants in his administration were busy branding Trump the face of an upcoming American rebirth. He and his White House staff made a big push to position him as the frontman for economic revival, as summertime employment upticks seemed on the horizon, and as experts and politicians kept their fingers crossed that the season’s heat would provide some respite from the global pandemic.

Trump and his 2020 team kept promising that they were doing everything they could to get him back on the campaign trail as soon as possible, where attendance at his signature mega-rallies would surely humiliate Joe Biden and the former VP’s paltry turnouts. The president was relentless in telling the American public that it was time to get back to work, and that he was right about it being time to triumphantly and speedily “open” the country and show the coronavirus who’s boss.

The planned rebirth would build upon a message crafted in the early months of this year when Trump was gearing up to campaign on issues such as a strong economy and even criminal-justice reform. That effort was aimed at peeling away as many Black voters as he could from Biden’s column, with his campaign knowing full well that even a marginal depression of enthusiasm for a Democratic presidential nominee among that demographic can help ensure Republicans keep the White House.

The summer would end, much to President Trump’s giddy enthusiasm, with the 2020 Republican National Convention, a lavish, celebratory, in-person extravaganza—virus be damned—that at every turn would show up Biden and the Democrats, who clung to their masks, their social distancing, and their safe spaces like politically correct cowards.

But just one month into the summer, it all came crashing down, with the president admitting to the American people and the press corps that he was throwing in the towel in more ways than one.

“It’s not the right time,” Trump told reporters at the White House on Thursday, announcing the official cancellation of his big night for the GOP re-nominating convention in Jacksonville, Florida, in light of the shocking coronavirus surge in the Sunshine State. He finally called it off this week after months of insisting that it was, in fact, the right time, and with many weeks of public-health officials and experts warning Team Trump that these types of events can be dangerous during a still-raging pandemic.

Three people working on the president’s re-election effort told The Daily Beast on Friday that the reason for all of these cancellations and suspensions of Trump’s summer plans is simple: The situation with the virus, which has a U.S. body count upwards of 140,000 dead, is so dire still that even some of Trump’s most diehard advisers no longer think it wise to press on. It’s bad enough that even the notoriously stubborn and obsessed president realizes that it just isn’t politically viable at this stage, with one of the sources recounting a recent conversation in which Trump griped that his enemies in the press “love” looking for chances to say that he’s going to get a lot of people hurt or possibly killed.

During Thursday’s event, he also underscored how the virus—which he had for months publicly insisted would go away so soon—had vanquished his once-promising rally schedule. “We’re going to do other things, like ‘tele-rallies’ and other, smaller events,” the president told the assembled press.

It’s not that the president didn’t try to keep the rally model.

Earlier this month, when Trump pulled out of a planned New Hampshire rally, not long after enduring utter humiliation and diminished attendance at his Tulsa event, his White House said the New Hampshire one was going to be put off for a mere “week or two.” Two weeks on, there’s no news of Trump returning to the state. On Friday night, a Trump campaign spokesperson told The Daily Beast that there was “nothing to announce” regarding New Hampshire at this time.

One reason several of Trump’s top aides wanted to get him back on the trail was to help alleviate his worsening mood, as he grew increasingly impatient with month after month of being mostly holed up in the White House. During a conference call organized by the Trump campaign last week, Rep. Mike Kelly (R-PA) told journalists on the line that Trump’s coronavirus-era arena rallies around the country would be “good for everybody.”

Now they’ll be good for nobody.

However, those working to re-elect the president attempted to spin it as a moment of austere leadership, rather than an overly demanding president cowed by grim reality. “Leading by example, President Trump has put the health and safety of the American people first with his decision on the Jacksonville convention,” Bill Stepien, Trump’s new 2020 campaign manager, said in a statement.

In an official RNC “pundit prep” talking-points memo blasted out to the GOP’s media surrogates on Friday, the committee advised, “President Trump is prioritizing the safety of everyone—particularly older Americans and most vulnerable—and encouraging masks, hand washing, and social distancing. While President Trump is leading this bold response, Joe Biden, Nancy Pelosi, and Congressional Democrats are politicizing this pandemic for their own gain… Thanks to President Trump, our great American comeback is underway.”

The email reviewed by The Daily Beast also noted, “While we will not celebrate the President’s accomplishments in Jacksonville, we look forward to President Donald Trump accepting the nomination and outlining his vision for the next four years.”

But it wasn’t just the rallies or Trump’s festivities in Florida that were being taken away from the president. As the seasons got warmer, his re-election prospects have grown dimmer. For weeks, he’s consistently trailed Biden, Barack Obama’s vice president, and the presumptive 2020 Democratic pick, in a solid majority of not only national polling, but in surveys done in crucial swing states that will likely determine if he’ll be remembered as a one-term loser. And with his presidency imperiled by widespread voter disapproval to his response to the pandemic, the tanked U.S. economy, and protest movements in the wake of the police killing of George Floyd, his senior aides and campaign officials have largely resorted to tactics specifically designed to make Trump feel better about himself.

Meanwhile, the president’s drive to re-open American schools on his terms and his timeline—a policy push that his reelection campaign had thought would be a real winner with the electorate, given their own private polling on the matter—has mostly backfired, with various school leaders and health officials defying his wishes, citing the safety of the teachers, kids, and families. The economic “revival” Trump had promised since April hasn’t happened, and many prominent Republicans and conservative lawmakers aren’t sure if boosting the president’s 2020 chances with another large injection of economic stimulus would even be worth it at this point, with just over three months to go until Election Day.

And even Team Trump’s previous intention to troll Biden throughout the election for his past “tough on crime” excesses, and to frame the president as the true criminal-justice reformer, is dead and gone, replaced in recent weeks by Trump’s unequivocal pivot to “law and order,” draconian posturing and federal crackdowns in American cities.

“It’s bleak,” said one senior White House official, discussing the current electoral landscape and how, for instance, it’s highly possible that the suburbs end up crushing Trump and other Republicans in the November election. “The president has done such damage to himself that a lot of us are just waiting for him to stop being handed so many of those kinds of opportunities.”