Stimulus Checks, Tax Cuts: Here’s What We Know About The Next Stimulus Bill 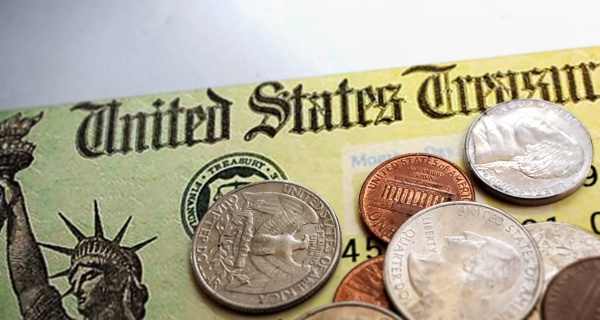 The Senate is back in session this week, and its top priority is to hash out the next coronavirus stimulus package.

Most of the relief measures put in place in March via the CARES Act expire soon, including enhanced unemployment benefits and an eviction ban on federal housing. But state reopenings have stalled as coronavirus cases have exploded. About 32 million Americans were collecting unemployment benefits as of June 27, according to the U.S. Labor Department’s most recent data.

Congress has promised to pass some type of stimulus bill in the coming weeks, which will likely include additional aid for small businesses and more provisions to help the historic number of unemployed people across the country.

Nothing is set in stone yet, but here’s where things stand now.

Federal and state-wide eviction bans have already expired or will expire soon, leaving potentially tens of millions of households vulnerable to eviction and homelessness. Almost one-third of households missed their housing payments at the beginning of this month.

It is likely that some type of housing relief will be included in the next bill, Flora Arabo, national senior director of state and local policy at Enterprise Community Partners, an affordable housing nonprofit, tells CNBC Make It. The question is how much aid will be earmarked for housing initiatives. Arabo and other housing experts have estimated $100 billion is needed in rental assistance alone to keep people in their homes.

The House of Representatives has passed the Health and Economic Recovery Omnibus Emergency Solutions, or HEROES, Act, and the Emergency Housing Protections and Relief Act of 2020 to address the housing crisis. It is not clear what the Senate will do.

President Donald Trump is reportedly pushing for a payroll tax cut in the next bill, though it is unclear whether that will be included or not.

Payroll taxes are used to fund government programs including Social Security and Medicare. Employees have 7.65% of their paychecks withheld for these programs, up to $137,700 in earnings. Employers match that percentage. The Trump administration has said it wants that tax to be temporarily eliminated.

However, the tens of millions of people who are currently unemployed “wouldn’t benefit at all” from a payroll tax cut, according to the Center on Budget and Policy Priorities, because they aren’t paying those taxes right now. Instead, high earners — the people least likely to need extra financial help right now — would benefit the most in dollar terms.

CBPP calculates that a couple earning a combined $275,400 (the maximum earnings subject to full payroll taxes) would see $10,534 in tax cuts over six months. Meanwhile, a single parent earning $20,000 would see $765 in tax cuts.

This strategy would also further weaken Social Security, which is already in a precarious state. Social Security’s trust funds could run out four years earlier than expected because of Covid-19, a recent study from the Wharton School at the University of Pennsylvania found.

In the past few weeks, lawmakers have said a second direct payment should be targeted at people at lower income levels than the first round, but McConnell did not specify on Tuesday who would be eligible in the next round.

Earlier this month, Treasury Secretary Steve Mnuchin said on CNBC that the White House supports sending another round of payments. Once the details are hashed out, “we can get that into hard-working Americans’ bank accounts very, very quickly,” he said.

More than 25 million people are still receiving the extra $600 per week in federal unemployment insurance. But come the end of this week, that aid will end.

UI benefits are one of the major points of contention in the next stimulus package. While Democrats have said for months that the $600 per week should be extended (and included a benefits extension in the House-crafted HEROES Act), Republicans argue that the checks discourage people from returning to work because many are receiving more from unemployment than they would from their normal wages. Economists disagree with the latter assertion.

Donald Trump wants to extend enhanced unemployment benefits, but cut them to around $200 per week, The Washington Post’s Jeff Stein reports.

That said, Congress is “all but certain” to miss the UI deadline, Stein reports. That means the 25 million people currently receiving the $600 per week in federal aid will at least temporarily see their UI benefits drop to around $333 a week, on average, though it could be much lower depending on the state they live in. The next stimulus package isn’t expected to pass until August.