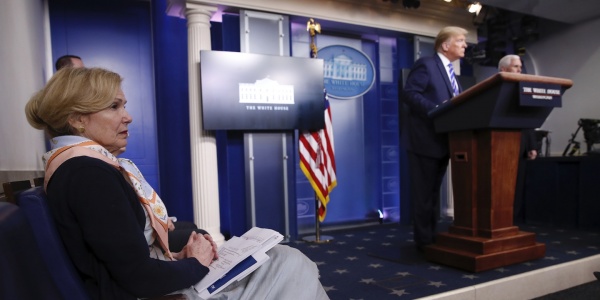 Sometimes I wonder if the country's not going stark, raving mad.

Conspiracy theories are flooding the internet. Our president claims a 70-year-old protester purposely fell and suffered a concussion to make the police look bad. NASCAR is savaged for banning the Confederate flag. Meanwhile, we're pulling down statues of historic figures who dedicated their lives to fighting slavery and oppression. Reason seems to have gone the way of the unicorn.

Underscoring the madness, there was the story over the 4th of July about the hordes who descended on Gettysburg to protect the Civil War monuments and the American flag from desecration. Self-proclaimed militias, bikers, skinheads, and far-right groups had issued a call to action. They had been convinced by some white supremacist prankster on the internet that "antifa protesters" were to assemble at the historic battlefield to burn U.S. flags.

So they came by the hundreds, armed with guns and rifles, to save Gettysburg and the flag and be sure to come "full battle-rattle, 100 percent prepared to defend yourself." Except, of course, it was yet another ploy to stir the pot of hatred that has come to grip the country.

Just a few weeks before, armed vigilantes rushed to small Idaho towns to protect the citizenry from the "antifa," the disorganized collection of activists who were said to be on the way to antagonize the white people living in rural Idaho and lay waste to their property. But, of course, there was no antifa on the way, just as there weren't any unruly self-proclaimed anti-fascists marching to places in New Jersey, South Dakota and Michigan, as other internet sites had claimed.

According to the Washington Post, the Gettysburg hoax was perpetrated by a site called Left Behind USA, run by a 39-year-old man who identified himself as Alan Jeffs, claiming to be a lifelong Democrat-turned-anarchist from Pittsburgh who now lives in Des Moines. Except, after examining real estate, court and voter records, the paper could find no such person.

The Post said the episode at Gettysburg is a stark illustration of how shadowy figures with social media savvy have stoked fears about the protests against racial injustice and excessive police force that have swept the nation since George Floyd was brutally murdered on Memorial Day weekend in Minneapolis.

While the paranoia has admittedly been helped by a small criminal element that has tried to hijack some of the powerful protests, these internet provocateurs have found easy prey among the supremacists and conspiracy theorists who have made significant cultural and political inroads in just the past few years.

But, as the historian and author Max Boot pointed out in a recent column, the impulse to "conspiracize" is as old as the human race and it often means blaming despised minorities for society's larger ills — throughout history it's been the Jews, then the Catholics and, of course, always minorities.

But, the online world has made spreading the theories much easier and more dangerous, he points out. There are no undisputed facts, only competing narratives and even the most deranged claims can aggregate an audience. The anti-vaccine crowd, for instance.

Plus, of course, it doesn't help that we have an unhinged conspiracy-monger in the White House who provides cover for all the madness.