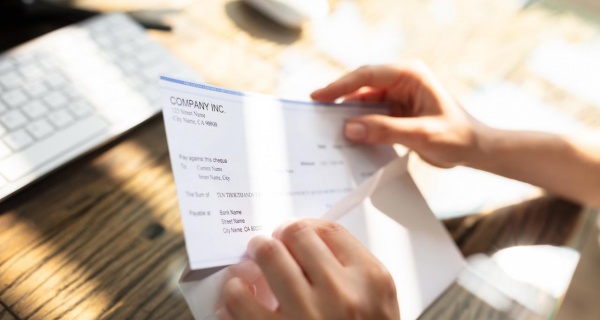 Other players in the world of celebrity and influence who took advantage of loans under the Paycheck Protection Program, or PPP, to help struggling small businesses hurt by coronavirus shutdowns included Kanye West's $3 billion clothing and sneaker company, multimillionaire pop artist Jeff Koons and three branches of the Church of Scientology, which is reported to be worth at least $1 billion.

"PPP was sold to the American people as a program to help Mom-and-Pop shops keep their lights on during the pandemic," Kyle Herrig, president of Accountable.US, a government watchdog group, said by email. "The reality is that the Trump administration created a program that helped the well connected cut to the front of the line to get these loans."

Farrell, a developer in New York's exclusive Hamptons beachfront community, has thrown fundraising parties for President Donald Trump. His loan went to retain 41 jobs, according to data released by the Small Business Administration, which guarantees the loans.

Farrell this year rented out his 17,000-square-foot, $40 million East End estate, Sandcastle, for close to $2 million to a wealthy Manhattan family trying to escape the coronavirus for six months.

To legally qualify for the taxpayer-funded relief, businesses must self-certify in good faith that "current economic uncertainty makes this loan request necessary to support the ongoing operations of the Applicant," according to the borrower application form. Applicants must also check a box that says the loan will be used to retain workers, maintain payroll and make mortgage interest, lease and utility payments.

The emergency payroll relief effort reached over 80 percent of all small-business employees and 27 percent of low- and moderate-income communities, according to the SBA.

In April, after the initial round of funding swiftly ran out, fierce battles broke out over which companies received the loans and whether they deserved to, by either the letter or the spirit of the CARES Act, which created the program.

Hundreds of public companies and an unknown number of private companies ended up canceling their loans and giving the money back. But others held on, including some operating in high-net-worth orbits.

"Even if they technically could argue that they did meet the criteria, taking the money clearly violates the spirit of the law and just seems greedy and wrong. This is one of the reasons why transparency is so important, why the government fought against it so hard and why a full accounting of recipients and details is so important," said Neil Barofsky, former special inspector general for the Troubled Asset Relief Program, which had oversight for some of the corporate funding relief during the 2008 financial crisis.

Yeezy LLC, the apparel brand owned by West, the music producer, and designer, took a loan for up to $5 million. The loan supported the retention of 106 jobs. West holds a 100 percent stake in his company, which was recently estimated to be worth $3 billion, according to Bloomberg.

The fine art studio of Koons, known for sculpting metal balloon animals that fetch tens of millions of dollars at auction, got a loan for up to $2 million, supporting 53 jobs.

The Church of Scientology, whose founder, L. Ron Hubbard, made it a stated goal to recruit celebrities and which claims several household-name actors among its members, had several entities take PPP loans.

According to the SBA data, the Church of Scientology New York; the mission of Belleair in Largo, Florida; and the founding Church of Scientology of Washington, D.C., each took loans for up to $350,000, supporting a total of 137 jobs. Nearly 100 of those were in New York, while almost 40 were in the Belleair facility. The D.C. organization self-reported zero jobs retained.

“Loans were received by a handful of individual Churches to assist them during the pandemic,” wrote Karin Pouw, spokesperson for the Church of Scientology International, who said the D.C. location "retained 100% of their staff." None of the other entities responded to requests for comment.

Companies are not required to report how many jobs they retain to take the loans, but they must do so within 24 weeks to qualify for the loan to become a free grant. Nearly 50,000 other companies had zero jobs retained in the dataset.

"PPP was created to retain jobs," SBA spokesman Jim Billimoria said in an email. "I can't speculate on what borrowers used funds for."