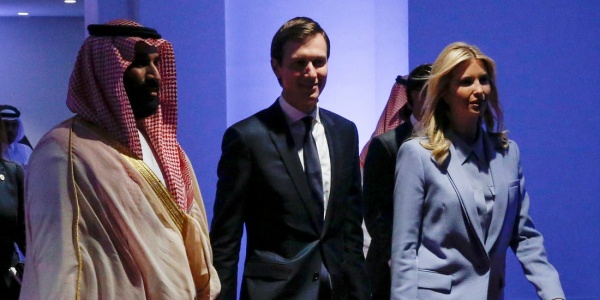 MeidasTouch hits the president’s son-in-law with an attack video about his incompetence.

Jared Kushner, son-in-law of and adviser to President Donald Trump, is coming under fire in a new video from the progressive PAC MeidasTouch.

Kushner, who is married to Ivanka Trump, the president’s daughter and also a White House adviser ? has a wide-ranging portfolio of duties which includes everything from the administration’s coronavirus response to peace in the Middle East. And as the spot pointed out, he didn’t achieve success in any of those areas:

“Jared Kushner not only has no qualifications for any position in the White House, but he could not even pass qualifications necessary for a security clearance,” the group said in a statement.

The video caused #HeWentToJared to trend on Twitter late Wednesday.

MeidasTouch was founded by Ben Meiselas, the attorney who represented former San Francisco 49ers quarterback Colin Kaepernick in his settlement with the NFL, along with his two brothers.

The group said Trump should’ve delegated tasks to more experienced leaders on key issues rather than to Kushner.

“It is no surprise Jared Kushner has been an utter failure in every task he has been assigned,” MeidasTouch said. “Jared Kushner represents everything wrong with the Trump administration and is Exhibit ‘A’ why Trump needs to be voted out of office. Our country can’t survive with four more years of Kushner and Trump.”