The Brands Pulling Ads From Facebook Over Hate Speech 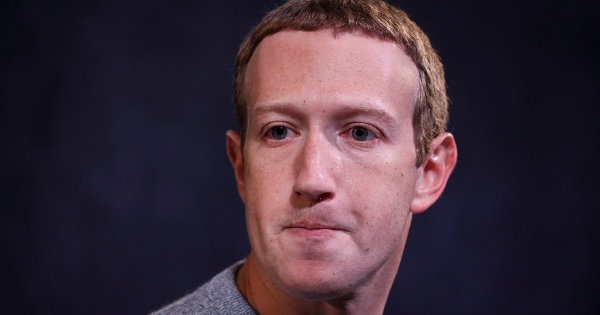 An effort to pressure Facebook to crack down on hate speech and misinformation has prompted dozens of advertisers to say they’ll stop spending on the platform. Here are some of the biggest companies involved.

Facebook is facing a growing boycott by advertisers unhappy with its handling of misinformation and hate speech, including its laissez-faire attitude toward recent posts from President Trump.

The effort gained traction earlier in June amid pressure from civil rights organizations like the National Association for the Advancement of Colored People and the Anti-Defamation League. Color of Change, one of the groups backing the boycott, said that nearly 100 advertisers have joined.

Many of the participants are small businesses, which make up the bulk of Facebook’s eight million advertisers. But recently, several large companies who spend millions of dollars a year on the platform have also distanced themselves.

Facebook spends billions of dollars a year to keep its platforms safe and works with outside experts to review and update its policies, the company said in a statement on Friday. But it added that “we know we have more work to do.”

Here is a list of some of the major advertisers who are limiting or stopping their advertising on Facebook, with estimates of what they spent last year in the United States from the advertising analytics platform Pathmatics.

The consumer goods giant, one of the biggest advertisers in the world, said on Friday that it would stop running ads on Facebook, Instagram, or Twitter in the United States for at least the rest of 2020, citing a “polarized election period.” The company, which owns brands such as Dove and Lipton, said that “continuing to advertise on these platforms at this time would not add value to people and society.” Ben & Jerry’s, an ice cream brand owned by the company, said on Tuesday that it was joining the boycott.

The automaker, which includes the Honda and Acura brands, said on Friday that it would withhold ads from Facebook and Instagram in July, “choosing to stand with people united against hate and racism.”

The beauty subscription service said on Friday that it would move advertising spending in July from Facebook and Instagram to other platforms and individual content creators, after steadily reducing its reliance on the social media giant over the past two years. Birchbox said it would continue to be active on its Instagram account.

The beverage giant, another deep-pocketed advertiser, said on Friday that it would stop all paid ads on all social media platforms globally for at least 30 days. James Quincey, the chief executive, said in a statement that the company would use the time to reassess its advertising standards and policies and would let its social media partners that “we expect greater accountability, action and transparency from them.” A Coca-Cola spokeswoman said that the company was not joining the official Facebook boycott.

Jen Sey, the chief marketing officer of the clothing company, wrote a blog post on Friday criticizing Facebook’s “failure to stop the spread of misinformation and hate speech on its platform” and saying that “this inaction fuels racism and violence and also has the potential to threaten our democracy and the integrity of our elections.” Ms. Sey wrote that Levi Strauss would suspend advertising at least through the end of July, adding that “when we re-engage will depend on Facebook’s response.”

On Friday, the fitness apparel retailer voiced solidarity on Twitter with the boycott campaign and said that it was “actively engaging with Facebook to seek meaningful change.” A Lululemon spokeswoman said that the company would suspend paid ads on Facebook and Instagram.

John Nitti, the chief media officer of the telecommunications company, said in a statement on Thursday that it was “pausing our advertising until Facebook can create an acceptable solution that makes us comfortable and is consistent with what we’ve done with YouTube and other partners.” Verizon is stopping both paid ads and unpaid posts.

The retailer said on Tuesday that it was suspending paid ads on Facebook and Instagram through July.

The outdoor products company said on Sunday that it would immediately remove ads globally from Facebook and Instagram at least until the end of July, “pending meaningful action from the social media giant.” The retailer will continue posting unpaid content on Facebook, which it said is its second-largest paid advertising platform.

The retailer said on June 19 that it was pulling all advertising from Facebook and Instagram in July.

“We’re in. We’re out,” the retailer wrote on Twitter on June 19, saying that it will stop posting content and buying ads on Facebook through July, but will continue to put free posts on Instagram. The company spends more on Facebook than it does on any other platform besides Google.