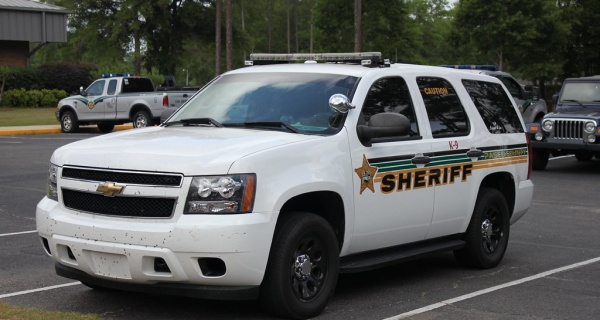 Newly released video from 2014 is casting light on how deputies in Pasco County, Florida handled the shooting death of Jerry Dwight Brown, 41. Authorities previously said that he ignored their commands to put his hands up and surrender when they were arresting him for selling some pills, according to The Tampa Bay Times, who obtained the footage. But video shows that seconds barely passed between the time that officials rushed Brown while he was in the passenger seat of an undercover deputy’s vehicle, and the moment they opened fire four times.

Footage was from the point of view of the undercover deputy in the driver’s seat of the car.

The way a federal judge saw it, authorities didn’t give Brown any meaningful amount of time to comply with orders.

“Deputies have maintained that consistent, clear commands were given to Brown, who defied them,” wrote U.S. District Court Judge William F. Jung, who presided over a lawsuit that Brown’s widow brought over the shooting death. “This is not accurate. The commands were almost entirely indecipherable. Green’s command before Green shot was audible, but left no time for compliance.”

The lawsuit reached a settlement in February 2020 for $262,500, but didn’t acknowledge any wrongdoing. Sheriff’s Office spokeswoman Amanda Hunter told the Times that authorities reached the agreement out of respect for Brown’s family, but she added that prosecutors determined in 2014 that the shooting was justified, and the sheriff’s office cleared deputies. Sheriff’s Office General counsel Lindsay Moore claimed that publishing the video was illegal. The Times published it.

At the time of the 2014 shooting, this kind of footage was exempt from release, and the sheriff’s office had refused to show the fatal incident.

Warning: the video is disturbing.