A Tale Of Two Recessions: Some Americans Thrive As Others Suffer 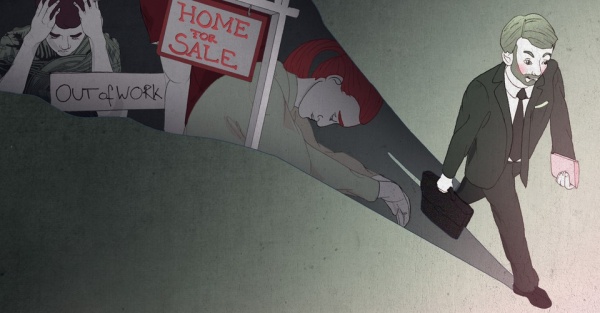 *The recession’s financial pain is concentrated among certain groups, like minorities, lower earners, and women.

*Others, especially White men, higher earners and those with higher levels of education, have been insulated.

*The disparity even extends to those lucky enough to still have jobs, which is unique during downturns, experts say.

The recession caused by the coronavirus pandemic is playing out across stark — and widening — fault lines in America.

Lower earners, those with less schooling, women, and minority groups have borne the brunt of the economic pain driven by soaring unemployment.

Other groups — White men, higher earners, and the better-educated — are more likely to have jobs. Not only have they kept their incomes, they’ve also increased savings and are more likely to be able to borrow at dirt-cheap rates.

“You have this very targeted pain to certain people, but a broader group of people who are feeling nothing,” said Jay Shambaugh, an economist and director of the Hamilton Project at the Brookings Institution, a left-leaning think tank.

For one, there’s a divide even among those who are employed. Lower earners, who are more likely to be on the front lines, are at higher risk of Covid-19 infection and its resulting health and financial consequences.

Rich and middle-class Americans have also largely avoided a hit to their household wealth since stock and home prices haven’t collapsed as they often do during recessions, experts said.

No group has been immune from the current unemployment crisis, the worst since the Great Depression, which hit more quickly than during any other downturn in U.S. history.

Yet the effects of the downturn have disproportionately affected some groups over others.

The unemployment rate among White workers, at 12.4%, is lower than among any other race or ethnic group. It even fell nearly two points from April.

Meanwhile, the unemployment rate for Black workers increased slightly, to 16.8%, last month. That means roughly 1 in 6 Black Americans in the labor force don’t have work.

“The burden of a downturn has not fallen equally on all Americans. Instead, those least able to withstand the downturn have been affected most,” Federal Reserve chair Jerome Powell said Tuesday during a Senate Banking Committee hearing.

“If not contained and reversed, the downturn could further widen gaps in economic well-being that the long expansion had made some progress in closing,” Powell added.

Meanwhile, adult men were less likely to be unemployed than adult women, with respective unemployment rates of 11.6% and around 14%.

Perhaps most notable, however, is the disparity among education level — high-school graduates had an unemployment rate of 15.3%, more than double that of college graduates.

Non-citizen immigrants are especially vulnerable. They have limited access to social safety-net protections like unemployment insurance, weren’t eligible to receive federal relief like stimulus checks, and are ineligible for benefit programs like food stamps, according to a report from economists at the University of Colorado Denver, University of California Berkeley and Williams College.

In a typical recession, those who keep their jobs are often considered the lucky ones, experts said.

However, workers able to do their jobs from home are in a better position than others with face-to-face customer interaction, said Heather Boushey, president and CEO of the Washington Center for Equitable Growth.

“Those folks in jobs where they have to interact with the public or in confined spaces like a meat-packing plant are at most risk of transmission,” Boushey said.

Those able to work from home tend to have higher levels of education and earn more money, according to the Bureau of Labor Statistics.

Essential workers are more likely to be Black and Hispanic than the rest of the workforce and are twice as likely to have a high school education or less, according to an analysis conducted this month by the Hamilton Project.

The median price for an existing home was $287,000 in April, up more than 7% from a year ago, according to the National Association of Realtors.

These gains have disproportionately gone to wealthy and White Americans.

While 72% of White households own a house — a key source of household wealth — that’s true for 42% of Black and 47% of Hispanic households, the Urban Institute said in a 2019 report.

This gulf between White and Black Americans is greater than at any other point in five decades, according to the report.

Consequently, White households control 80% of the $29.3 trillion in U.S. real estate wealth, according to Federal Reserve data as of year-end 2019.

Stock concentration is even more pronounced.

The richest 10% of Americans own 88% of the $29 trillion in corporate stock and mutual fund shares, according to the Federal Reserve.

The gap was even wider by race — Whites own more than 92% of the pot.

These investors saw much of their recent losses in U.S. stocks erased since the market bottom on March 23, with the S&P 500 index up 39% through Tuesday’s market close.

Savings
Federal financial aid along with stay-at-home orders, which tamped down on Americans’ spending, led to a surge in savings in April.

The personal savings rate — a measure of how much people save as a percentage of their disposable income — hit its highest level since record-keeping began in the 1960s, according to the U.S. Bureau of Economic Analysis.

That was due partly to one-time, $1,200 stimulus checks for individuals and enhanced unemployment benefits.

Evidence suggests savings was concentrated among the well-off.

Individuals with less than $500 in their bank accounts spent almost half of their stimulus payments within 10 days, while those with bank accounts exceeding $3,000 saved the money, according to a study published last month by the National Bureau of Economic Research.

The Federal Reserve slashed interest rates to near-zero to help shore up the economy, generally reducing borrowing costs for those trying to get mortgages and other loans — especially those with good credit.

But White households are again in a better position to reap rewards from the financial system, due to their likelihood of having better credit.

More than 50% have a FICO credit score above 700 — which is more than double the 21% of Black households, who were also twice as likely as White households to have insufficient credit and lack a credit score, according to the Urban Institute.