'Make Sure I Win': John Bolton’s Unredacted Book Shows What Trump Was Really Trying To Hide 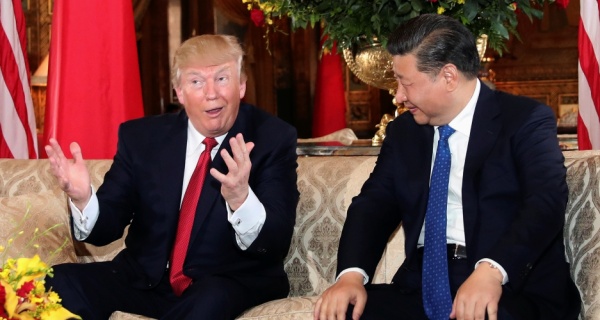 Trump’s own words to Xi Jinping, among others, were so damning and politicized that the government insisted they be removed.

For months, Bolton has been in a standoff with the Trump administration over the book’s contents. Back in January, the White House sent a cease-and-desist letter to Bolton’s lawyer demanding that Bolton’s book not be released without the removal of certain details from the manuscript. Most recently, William Barr’s Justice Department filed a federal lawsuit asking the judge to block the release of the book next week. Vanity Fair has seen unredacted pages from the book and it’s clear why the White House tried to keep Trump’s words secret: they are deeply embarrassing and illustrate Trump’s naked politicization of America’s foreign policy.

According to an unredacted passage shown to Vanity Fair by a source, Trump’s ask is even more crudely shocking when you read Trump’s specific language. “Make sure I win,” Trump allegedly told Xi during a dinner at the G20 conference in Osaka, Japan last summer. “I will probably win anyway, so don’t hurt my farms.… Buy a lot of soybeans and wheat and make sure we win.”

(The White House did not respond to a request for comment.)

Bolton renders Trump’s interactions with President Xi in vivid detail. In the passages, Trump comes off like a needy supplicant. For example, at last year’s G20 dinner, with only interpreters present, Xi explained to Trump why China was building concentration camps for the country’s minority Uighur population. Trump allegedly told Xi he approved of the brutal human rights violation. “According to our interpreter, Trump said to Xi, ‘go ahead, you’re doing exactly the right thing.’” Bolton writes. Earlier in the same passage, Bolton writes that Trump told Xi on a phone call ahead of their G20 meeting: “I miss you,” and then said, “this is totally up to you, but the most popular thing I’ve ever been involved with is making a deal with China.… Making a deal with China would be a very popular thing for me.’”

Another passage shows Trump’s racist views on immigration. Bolton describes how Trump derailed a White House meeting about Iran strategy by bringing up a right wing conspiracy that Black South Africans were killing white South African farmers and stealing their land. According to Bolton, Trump blurted out that he wanted to grant the white South Africans “asylum and citizenship.”