Ex-Cop Who Shot, Killed Rayshard Brooks Was Previously Reprimanded For Use Of Force 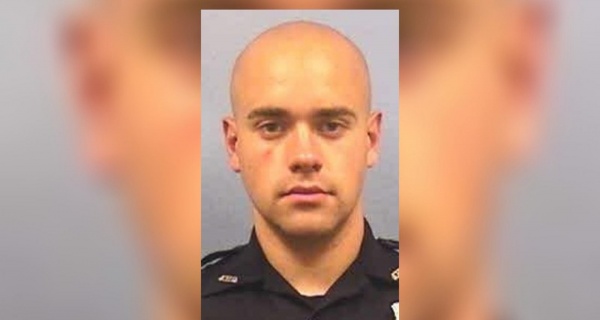 Atlanta police on Monday released the disciplinary histories for both officers involved in the shooting death of Rayshard Brooks, revealing that one of them had previously been reprimanded for use of force involving a firearm.

Garrett Rolfe, the 27-year-old officer who was fired after shooting and killing Brooks on Friday night in a Wendy’s parking lot, received a written reprimand in 2017 due to the complaint. In his seven-year stint with the department, it was his only use-of-force complaint before Friday’s shooting.

The documents provided by police do not go into further detail, so the circumstances of the incident and reprimand remain unclear.

His file showed 12 other incidents, varying from vehicle accidents to citizens’ complaints. He was exonerated in nine of those internal investigations.

Two of the other incidents, which were both vehicle accidents, led to a written reprimand and an oral admonishment. An incident involving the discharge of a firearm in 2015 did not have a conclusion listed in his documents.

Officer Devin Brosnan, who was the first to arrive at the Wendy’s on Friday night, has no disciplinary history. He joined the department in 2018 and has been placed on administrative duty pending the GBI’s investigation into Brooks’ death, which is typical in officer-involved shooting investigations.

The officers were called to the restaurant on University Avenue due to Brooks being asleep in a vehicle that was parked in the drive-thru, forcing other cars to drive around.

On Monday afternoon, police also released the 911 call made that night. The caller, a woman who worked at the Wendy’s, told the operator that she tried to wake up Brooks, who she suspected of being intoxicated.

“I tried to wake him up, but he’s parked dead in the middle of the drive-thru, so I don’t know what’s wrong with him,” the caller said.

She said Brooks briefly woke up amid her attempts, but he did not move and fell back asleep.

According to previously released body camera footage, Brooks was cooperative with the two officers until he failed a breathalyzer test. The officers tried to take him into custody, which led to a struggle for a Taser.

Brooks eventually got a hold of the Taser, and he ran a few steps before turning toward Rolfe, GBI Director Vic Reynolds said. That was when the officer opened fire.

“It does appear in the video that he is fleeing from the Atlanta police officers, that as he’s fleeing he turns back over his shoulder with what appears to the naked eye to be his Taser that the eyewitnesses told us they saw the individual have that belonged to one of the officers,” Reynolds said. “And as he turned it over, you’ll be able to see on the video the Atlanta officer, literally reach down to get his service weapon and as he gets his weapon, Mr. Brooks begins turning his body away from him, I presume to flee.”

The Fulton County Medical Examiner’s Office performed Brooks’ autopsy, finding that he suffered organ damage and blood loss from two gunshot wounds. The Fulton County District Attorney’s Office will decide whether to prosecute anyone in this case.