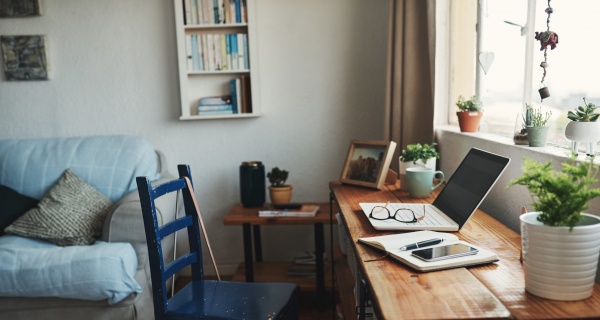 Even though several states have begun phased reopening plans to keep the economy moving despite the coronavirus pandemic, some American employees would like to continue working from home full-time, despite it costing them money, a new CreditCards.com survey found.

In fact, more than one-third of respondents who were given the opportunity to work from home said they don’t want to return to their workplace when state and federal restrictions lift – or at least this is the sentiment from workers in late May when the survey took place.

Although working from home may have its perks according to some respondents, the task has hiked up regular monthly expenses by $108 on average for employees, CreditCards.com found. These additional costs have reportedly gone to gas or public transportation, groceries, clothing or dry cleaning, childcare, utilities, and restaurants.

The expenses that increased the most were groceries and utilities, which went up to $182 and $121 on average per month, respectively. On the opposite end of the spectrum, employees who work from home were able to save $34 on childcare on average per month followed by $33 on gas or public transportation, $27 on restaurants, and $4 on clothing or dry cleaning.

“Surprisingly, average expenses have gone up for people working from home, but it’s a tradeoff most are very happy with,” said CreditCards.com’s Industry Analyst Ted Rossman about the survey’s findings. “Most workers seem content to skip the commute and potentially work in their pajamas, even if it means spending more on food and utilities.”

Overall, Millennials who were able to work from home outspent other generations with an increase of $208 to regular expenses on average per month while Gen X and Baby Boomers had their monthly expenses decrease by $2 and $24 on average, respectively.

Similarly, work from home employees who are parents of children under the age of 18 spent more money on a monthly basis than non-parents. On average, these parents spent $173 more than they usually do while their non-parent counterparts spent $103 more.

One-third of employed U.S. adults were able to work from home for a period during the coronavirus, according to CreditCards.com. Moreover, 24 percent of respondents are working from home currently.

Only seven percent of respondents would like to work from home one day per week.