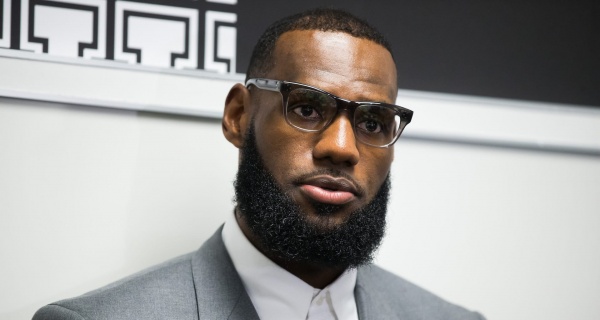 NBA superstar LeBron James has partnered with other black athletes and entertainers to start a group aimed at protecting the voting rights of African Americans, The New York Times reported.

The organization, called "More Than a Vote," will pair up with other voting organizations and work to help get African Americans to register to vote and cast their ballot in November.

"Because of everything that's going on, people are finally starting to listen to us -- we feel like we're finally getting a foot in the door," James said told The Times in a phone interview. "How long is up to us. We don't know. But we feel like we're getting some ears and some attention, and this is the time for us to finally make a difference."

Kyle Lierman, the CEO of nonprofit When We All Vote, shared James' announcement on Twitter.

"Big News! @KingJames joins the fight against voter suppression & to get folks registered & out to vote," Lierman said on Twitter. "We need everyone in this fight to get it done."

"We look forward to working with ?@KingJames and other professional athletes in More Than a Vote to stop voter suppression and protect the right to vote for Black voters across the country," the organization said in a tweet.

In Georgia, heavily African American counties in and around Atlanta faced voting troubles Tuesday that some activists and community leaders say were intentional.

Hundreds stood in line for hours, often past the scheduled poll closing times and multiple locations had difficulties with machines that weren't working and provisional ballots that were in short supply.

Responding to a reporter's remark on Twitter about long voting lines in Georgia this week, James wrote, "Everyone talking about 'how do we fix this?' They say 'go out and vote?' What about asking if how we vote is also structurally racist?"