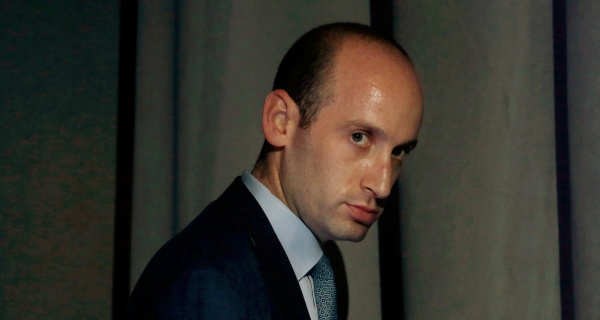 On Tuesday’s edition of SiriusXM’s The Dean Obeidallah Show, Obeidallah talked with Watson Coleman about the prospect of a Miller-penned speech on race in the midst of nationwide protests over the killing of George Floyd by Minneapolis police. AURN’s April Ryan reported Tuesday that such a speech was being drafted.

Watch the clip below:

“Are you kidding me?” Watson Coleman exclaimed. “How do you have a Donald Trump as president of the United States of America? How do you have a white supremacist like Stephen Miller in there so close to Trump, advising him in his ear, creating and putting a fire on all of this hatred that we have in this country, and that has just been manifested in vile ways? How do you, what do you expect from them?”

“I expect them to get up there and talk about nothing,” she continued. “Because they don’t care about black folks, they don’t think that we have any value. They are absolute racists, in what they are, and who they are, and what they say and what they do. And their racism and their hatefulness for other people is manifested in the policies that this president has signed into through his executive orders.”

Watson Coleman concluded by saying “I don’t expect anything to be said that is relevant or material or realistic as it relates to the state of racism in this country delivered by the president and authored by Stephen Miller.”

According to other reporters, if Miller has indeed drafted such a speech, Trump is not interested in delivering it.

Watch the clip below: