Embattled At Home, Trump Finds Himself Isolated Abroad, Too 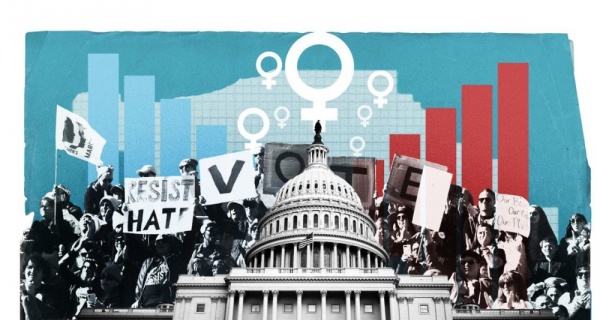 After years of snubs and American unilateralism, European allies have stopped looking to the president for leadership, and are turning their backs on him.

With American cities burning and the coronavirus still raging, killing more people than in any other country, President Trump also has growing problems overseas. He has never before been so isolated and ignored, even mocked.

In Europe, after years of snubs and American unilateralism, America’s traditional allies have stopped looking to him for leadership, no longer trust that this president will offer them much, and are turning their backs on him.

That was evidenced most obviously this week by the decision of the German chancellor, Angela Merkel, not to attend the Group of 7 meeting Mr. Trump wanted so badly in Washington this month to show that the virus was behind him and the world was returning to normal.

Ms. Merkel cited the lingering threat of the virus, but a senior German official who spoke on the condition of anonymity made clear that she had other reasons to decline: She believed that proper diplomatic preparations had not been made; she did not want to be part of an anti-China display; she opposed Mr. Trump’s idea of inviting the Russian president, Vladimir V. Putin; she did not want to be seen as interfering in American domestic politics.

And she was shocked by Mr. Trump’s sudden, unilateral decision to pull out of the World Health Organization.

The divide between Mr. Trump and European allies was widening even before American cities were convulsed by rioting. But the chaos on American streets, viewed from abroad, has only reinforced a sense that the conflicts Mr. Trump seems to sow have caught up with him.

As Mr. Trump threatens to call in the military against his own citizens, he has become a president that some of America’s closest allies prefer to keep at arms’ length, unsure of what he will do next and unwilling to be dragged into his campaign for re-election.

“Leaders in allied nations now think that criticizing Trump is to their advantage,” said Marietje Schaake, a former Dutch European legislator, especially now with the unrest in American cities and demonstrations supporting those protests in many European cities, including Amsterdam.

Even the European Union’s foreign policy chief, Josep Borrell Fontelles, felt bold enough on Tuesday to say that Europe is ‘‘shocked and appalled” by the police killing of George Floyd. He condemned an ‘‘abuse of power” and “an excessive use of force” and urged the United States to act “in full respect of the law and human rights.”

On Monday, as if to underline the American president’s isolation, it was to the Russian president, Vladimir V. Putin, that Mr. Trump placed a call, in which the two men discussed the virus, trade and “progress toward convening the G7,” the White House said.

Mr. Trump invited Mr. Putin to the meeting, according to the Kremlin. But if it happens at all, there are doubts that Mr. Putin would accept being invited solely as a guest, having been kicked out of the club for his annexation of Crimea and support for insurrection in eastern Ukraine.

“It all shows just how out of touch Trump is with allies,” said Julianne Smith, a former Obama official now with the German Marshall Fund in Washington. “This is a man isolated at home and abroad. He is trying to find friends in other places, knowing that relations with traditional allies are bad. But there are serious strains even with the authoritarians he admires, like Xi Jinping and even Putin.”

Mr. Trump “continues to believe allies can be abused and mistreated and that he can order them around and at the same time count on them,” Ms. Smith said. “He doesn’t understand that while the U.S. is powerful, it doesn’t always call the shots.”

Ms. Merkel’s refusal to come to Washington “says a lot about how fed up multiple leaders are around the world, who have seen how little return they’ve gotten on the investments they made into a relationship with Trump,” she said.

With the virus and the riots, she added, “now there is a sense of America’s weaknesses being exposed, and a feeling that the emperor has no clothes.”

The threads unraveled quickly. As late as last Thursday, European and American officials say, Mr. Trump’s plans for a Group of 7 summit meeting in Washington were being negotiated with member countries and looked likely to go ahead. Then, on Friday, Mr. Trump suddenly announced that he was pulling the United States out of the World Health Organization, more than two weeks before his own stated deadline for the decision.

As so often in the past, on issues like unilateral American withdrawal from the Iran nuclear deal or the Paris climate accord or the Open Skies treaty or the sudden ban on air travel from Europe, Mr. Trump ignored the views of allies or did not consult them at all.

The W.H.O. decision was a surprise to allies, and Ms. Merkel quickly said that she would not attend the proposed summit meeting.

Since then, both Prime Minister Boris Johnson of Britain and Prime Minister Justin Trudeau of Canada have come out publicly against bringing Russia back into the Group of 7.

“For the British and Canadians to say no publicly is highly unusual,” given their closeness to the United States, said Carl Bildt, the former Swedish prime minister. “They might disagree in private, but I would have thought they’d be the last to take issue publicly with him on something he cares about.”

As for Ms. Merkel, he said, given the lack of preparation, “the Germans suspected it was just a photo op with Trump in the White House.”

Despite allied concerns, the Group of 7 matters, and plans for the meeting were going ahead given a general desire to come up with strong positions on Hong Kong and to try to influence Washington’s policies on the virus, said Thomas Wright of the Brookings Institution.

But after the W.H.O. announcement, Ms. Merkel decided that “if you’re going unilateral, I’m not going to be there to support you,” Mr. Wright said. “The allies all think he’s all over the place and they’ll try to avoid him.”

Ulrich Speck, a German analyst, said that “Merkel has given up any pretensions that she as a German chancellor has to work with an American president no matter who it is.” Ms. Merkel is a multilateralist in her soul, Mr. Speck said, “and she’s been hurt by him often, they don’t get along and they disagree on many policies,” including open confrontation with China.

Ms. Merkel remains committed to European engagement with Beijing. With Germany taking over the European Union presidency next month, she is trying to strike a European investment deal with China and wants to preserve an E.U.-China summit scheduled for Leipzig in the autumn.

“The G7 is a Trump show, with no negotiation,” Mr. Speck added. “The old G7 is gone. For Trump it’s not multilateral in spirit but unilateral, just a meeting to serve one purpose — his re-election.”

President Emmanuel Macron of France has a more traditional French view, especially toward building an improved relationship with Russia, despite Crimea, given its proximity to the European Union, said Thomas Gomart, director of the French Institute of International Relations.

“In France toward Trump is a mix of sadness and anger,” Mr. Gomart said. “Our main ally refused to exercise leadership during the corona crisis and is every day more provocative toward its allies and is creating divisions that are very actively exploited by China.”

After nearly four years, Mr. Trump has no diplomatic accomplishments, Mr. Gomart said, listing failures on North Korea, the Middle East, a deterioration of relations with China and no improvement of relations with Russia. Instead, Mr. Macron believes that Mr. Trump has damaged European security through his unilateral abandonment of the Iran nuclear deal as well as nearly every arms control agreement with Russia.

“Macron to his credit has at least tried with Trump,” said William Drozdiak, a senior fellow at the Brookings Institution who has just published a book on Mr. Macron, based on a series of interviews with him, called “The Last President of Europe.” But he is not trying so hard now.

To have “an American leader rejecting all these international institutions and agreements is outrageous for Europeans like Merkel and Macron who have multilateralism in their DNA,” he said.

Ms. Merkel has traditionally avoided trips to the United States after April in presidential election years, Mr. Drozdiak noted. “She knows that any event, Trump will spin as if the others are implicitly endorsing him, and that’s the last thing she wants to do.”

She was so uncomfortable, Mr. Drozdiak said, that she told Mr. Macron, “Be my guest, be the interlocutor, I don’t want to be in the room with the guy.”