The First Fast-Food Franchisee To Advise Trump On Reopening Restaurants Has Donated More Than $400,000 To The President's Reelection — Including $200,000 In March 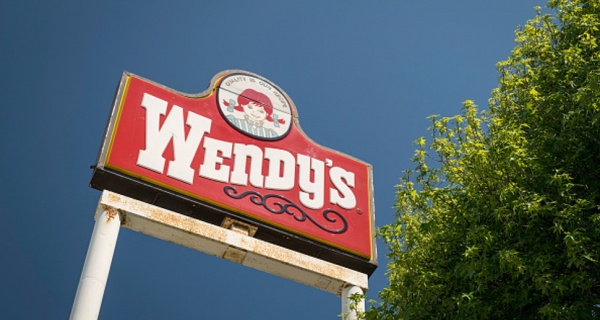 *A roundtable with restaurant-industry leaders and President Trump on Monday will be the first time a fast-food franchisee participates in discussing the White House's plans to help the restaurant industry recover from the pandemic.

*James Bodenstedt is the CEO of Muy Cos., which operates Wendy's, Taco Bell, and Pizza Hut franchises.

*Tilman Fertitta, the CEO of Landry's, is also speaking on the roundtable and donated $35,000 to the Trump Victory PAC in February.

*"While it's nice that these business owners want to help the government fight coronavirus, it confirms that cronyism is at the root of practically every decision President Trump makes," Donald Sherman, the deputy director of Citizens for Responsibility and Ethics in Washington, told Insider in April.

The first fast-food franchisee to publicly advise the White House on reopening restaurants across the US has donated more than $440,000 to President Donald Trump's reelection campaign.

On Monday afternoon, Trump is set to participate in a roundtable discussion with restaurant-industry leaders on the field's recovery from the coronavirus pandemic. The leaders include Panera CEO Niren Chaudhary; Jose Cil, the CEO of Burger King and Popeyes' parent company, Restaurant Brands International; Thomas Keller, a fine-dining restaurateur; and Muy Cos. CEO James Bodenstedt.

Bodenstedt is the first fast-food franchisee to take a seat among restaurant-industry leaders advising Trump on the industry's struggles during the coronavirus pandemic.

While experts have said independent restaurants will suffer most during the pandemic, the most prominent White House advisers have been CEOs of chains and leaders of fine-dining empires. (Will Guidara, the former co-owner of a restaurant empire that includes the upscale New York City restaurants Eleven Madison Park and The NoMad, will appear on the roundtable as a representative for the Independent Restaurant Coalition.)

Muy Cos. operates Wendy's, Taco Bell, and Pizza Hut franchises. While some franchisees operate only a handful of stores, fast-food chains are increasingly relying on independent owner-operators that control dozens of locations. Muy Cos. is one of these larger franchise companies, with hundreds of fast-food restaurants around the US.

Bodenstedt has made significant donations to Trump's reelection campaign, according to Federal Election Commission filings.

Since 2018, the Muy Cos. CEO has donated more than $440,000 to the president's reelection campaign. His most recent donation was on March 12, when Bodenstedt donated $200,000 to the Trump Victory PAC. Muy Cos. did not immediately respond to Business Insider's request for comment.

Tilman Fertitta, the billionaire CEO of Landry's — which owns restaurant brands such as Bubba Gump, Del Frisco's, and Joe's Crab Shack — is also speaking on the roundtable. Fertitta donated $35,000 to the Trump Victory PAC in February.

Insider's Eliza Relman reported in April that Trump had given executives who are friendly to his presidency a platform during at his coronavirus press briefings, bringing some on as advisers as the White House develops plans for an economic recovery.

Ray Washburne, the CEO of M Crowd Restaurant Group, in April joined the restaurant industry's division of the Great American Economic Revival Industry Groups, which were formed to advise the White House on reopening the country amid the coronavirus pandemic. Washburne was the vice-chairman of the Trump Victory Committee and has donated thousands of dollars to Trump and the Republican Party.

"While it's nice that these business owners want to help the government fight coronavirus, it confirms that cronyism is at the root of practically every decision President Trump makes," Donald Sherman, the deputy director of Citizens for Responsibility and Ethics in Washington, told Insider in April.

He added: "It's loyalty or patronage to Trump that gets you at the top of the list, whether it's a place on the White House lawn to promote your business, input in the coronavirus response, ambassadorships, and even IG positions."

The White House has also been criticized by some in the restaurant industry for its lack of people of color, women, and small-business owners among its advisers. Monday's restaurant-industry roundtable is predominantly white and does not feature any women.