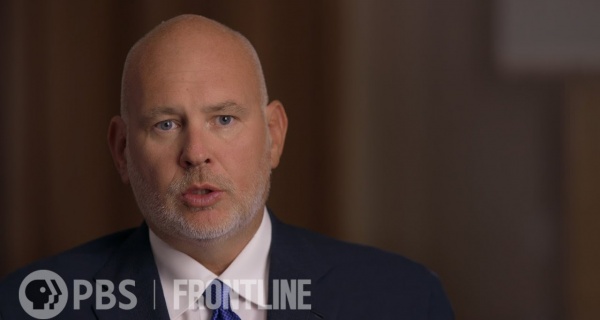 Steve Schmidt is a political analyst for MSNBC and NBC News. He served as a political strategist for George W. Bush and the John McCain presidential campaign.

This interview was conducted by FRONTLINE’s Jim Gilmore on August 21, 2019. It has been edited for clarity and length.

The Promise of Obama:

Talking a little bit about the promise of Obama, what he represented, how he was selling his biography, basically, and his ability to bridge the divide that was necessary because of what was happening in Washington. …

Politicians are in the business of selling hope, and Barack Obama was exceptional at it. Hope and change. It’s an optimistic country. The country had been through eight tumultuous years. Nine months into President Bush’s term, we saw the attacks on the World Trade Center. We saw a war fought over weapons of mass destruction that didn’t exist. We saw the United States mired in a civil war in Iraq. We saw an economic crisis. So people perhaps grasped—people grasped for change. And all presidential elections are a choice. And what Barack Obama was offering was widely appealing. He represented generational change; he was a historic candidate as the first African American to be president of the United States; and he appealed to an aspiration going back to his 2004 Democratic convention speech where he said, “We’re not red America; we’re not blue America; we’re the United States of America.” And that call to unity has always been appealing in this country, though the politics of division that we see right now represented change from that unifying message...

For the full interview, watch the video below: