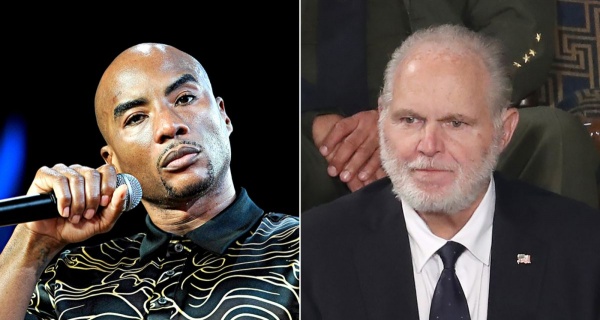 During an interview with Rush Limbaugh this Monday, Charlamagne Tha God called out the conservative radio host for his white privilege and asked him why he’s choosing to speak out on George Floyd’s killing while there have been countless examples of police violence against black people.

“I know that you’re going to disagree with me on this — to me this is not America,” Limbaugh said, adding that he thinks the U.S. is the greatest country in the world.

But according to Charlamagne, America is only great for some people.

“I think it’s easy for you to say because you’re a white male and that comes with a different level of privilege,” Charlamagne said. “And I do think America does work but it works for the people it was designed to work for. It doesn’t work for everyone else the way it works for you.”

Limbaugh then argued that anyone can succeed in America if they work hard enough, regardless of race.

“America is a place with robust opportunity if you want to go out and look for it and find it,” he added. “Now the people ripping up the streets today and last night, the Antifa types, they don’t care to find it.”

Charlamagne then asked Limbaugh how he plans to use his white privilege to fight racism and inequality.

“I don’t buy to the notion of white privilege,” Limbaugh said. “I think that’s a liberal, political construct right along the lines of political correctness. It’s designed to intimate.”

Listen to the audio below: