The Most Mendacious President In U.S. History 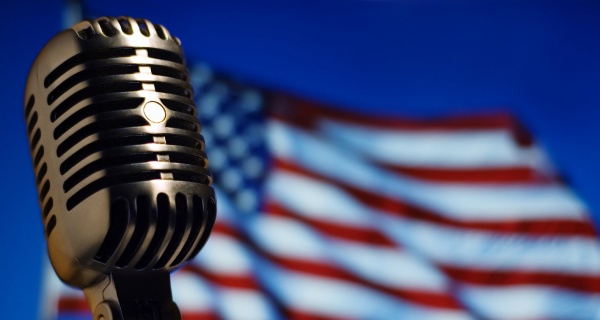 On Trump, his Twitter lies, and why it’s getting worse.

On Sunday, on Tuesday, and again on Wednesday, Donald Trump accused the TV talk-show host Joe Scarborough of murder. On Tuesday, Wednesday, and Thursday, he attacked the integrity of America’s forthcoming “rigged” election. When he woke up on Wednesday, he alleged that the Obama Administration had “spied, in an unprecedented manner, on the Trump Campaign, and beyond, and even on the United States Senate.” By midnight Wednesday, a few hours after the number of U.S. deaths in the coronavirus pandemic officially exceeded a hundred thousand, the President of the United States retweeted a video that says, “the only good Democrat is a dead Democrat.”

This is not the first time when the tweets emanating from the man in the White House have featured baseless accusations of murder, vote fraud, and his predecessor’s “illegality and corruption.” It’s not even the first time this month. So many of the things that Trump does and says are inconceivable for an American President, and yet he does and says them anyway. The Trump era has been a seemingly endless series of such moments. From the start of his Administration, his tweets have been an open-source intelligence boon, a window directly into the President’s needy id, and a real-time guide to his obsessions and intentions. Misinformation, disinformation, and outright lies were always central to his politics.

In recent months, however, his tweeting appears to have taken an even darker, more manic, and more mendacious turn, as Trump struggles to manage the convergence of a massive public-health crisis and a simultaneous economic collapse while running for reëlection. He is tweeting more frequently, and more frantically, as events have closed in on him. Trailing in the polls and desperate to change the subject from the coronavirus, mid-pandemic Trump has a Twitter feed that is meaner, angrier, and more partisan than ever before, as he amplifies conspiracy theories about the “deep state” and media enemies such as Scarborough while seeking to exacerbate divisions in an already divided country.

Strikingly, this dark turn with the President’s tweets comes as he is using his Twitter feed as an even more potent vehicle for telling his Republican followers what to do—and they are listening. Just this week, amid the Scarborough-murder libels, about the accidental 2001 death of a young woman who worked for him, Trump tweeted out that he was now against the reauthorization of the federal wiretapping authorities in the FISA bill. Immediately, Republican lawmakers in Congress who had until that point supported it suddenly refused to vote in its favor. Bowing to the reality that some Republican votes were needed by the House’s Democratic majority in order to pass the measure, Speaker Nancy Pelosi reluctantly withdrew the bill from consideration. On Thursday, she mocked her G.O.P. colleagues for shifting on the basis of a “twinkle of a tweet” from Trump. He is now wielding actual and not just rhetorical power via social media. And he knows it.

Yet the reality of Trump’s maliciously prolific tweeting is so alarming, unpleasant, and simply exhausting that it often escapes real scrutiny. I understand why this is hard for us to collectively process, and I empathize with the sincere desire of many to avoid playing into Trump’s hands by being distracted by the very distractions he offers up. It can be easier to yell at one another about Twitter’s terms of service than about Trump’s tweets. Indeed, that is exactly what happened over the past few days, after Twitter’s C.E.O., Jack Dorsey, finally decided that Trump had crossed some line and ordered that a label—“get the facts”—be appended to two of Trump’s tweets claiming imminent voter fraud in California’s plan, as a result of the pandemic, to send mail-in ballots to registered voters. Furious, Trump immediately cried censorship—though his tweets were not censored—and vowed revenge in the form of an executive order demanding a policy review of the Communications Decency Act. If he could, Trump told reporters in the Oval Office, he’d be happy to shut down Twitter entirely. So now the pundits, instead of focussing on Trump’s lies or the gruesome milestone of a hundred thousand American dead, are debating the nuances of social-media regulation, the Silicon Valley smackdown between Dorsey and the Facebook C.E.O., Mark Zuckerberg, over fact-checking Trump, and whether the President’s insistence on vengeance will end up getting him banned from the platform that has been so integral to his political rise.

The fact remains, however, that Trump’s breathtaking dishonesty is and ought to be a national debate in its own right. In a provocative new essay, Trump’s onetime ghostwriter Tony Schwartz—who wrote Trump’s best-selling 1987 book, “The Art of the Deal,” but has since turned on him—argues that the Presidency has transformed Trump from an attention-seeking narcissist, who spent decades lying about his golf trophies, his sex life, and his real-estate properties, into an ends-justify-the-means ruler who has increasingly and ominously escalated his lies and extreme behavior. Many of Trump’s lies, Schwartz argues, come from his grandiose misconception of his own knowledge and powers, including his bragging that he knows more “than anyone” about isis, drones, social media, campaign finance, technology, polls, courts, lawsuits, politicians, trade, renewable energy, infrastructure, construction, nuclear weapons, banks, tax laws, the economy, and, during the pandemic, medicine. “His obsession with domination and power have prompted Trump to tell lies more promiscuously than ever since he became President, and to engage in ever more unfounded and aggressive responses aimed at anyone he perceives stands in his way,” Schwartz wrote.

This is also the thesis of a great public service of a book, by the Washington Post’s Fact Checker staff, that will come out next week, “Donald Trump and His Assault on Truth.” The book is not just a compendium of the President’s tens of thousands of falsehoods, misleading claims, and lies during the first three years of his Presidency; it’s also an effort to catalogue and explain the different pathologies at work in his systematic misrepresentations to the American people. The untruths told by the President have increased in seriousness and volume, the Post found: an average of six per day in 2017 turned to nearly sixteen per day in 2018, which then increased to more than twenty-two per day in 2019—and that was before this crazy 2020 of the impeachment trial, the pandemic, the economic crisis, and Trump’s reëlection campaign. The President’s use of Twitter has metastasized along with the false statements that he publishes on his feed; he is now sending out, every day, an average of nearly four times as many misleading tweets as he did during his first year in office.

As I was reading the Post’s book, I thought back to a series of focus groups I listened in on, among suburban Republican women in Pennsylvania, last fall and winter. At all four of the sessions, the subject of Trump’s inflammatory social-media presence came up. Although the women were divided about the President over all, and whether they would vote for him again, there was unanimity about the matter of the tweets. “He needs to get off Twitter,” one woman said, in January. “All these things have lowered the dignity of the office.” Another added, “He should stay off Twitter. He doesn’t have any respect because of it.” In all four groups, heads nodded when similar sentiments were expressed. Yet there was still resistance among these Republicans to calling Trump an out-and-out liar. They saw his tweets as a personality flaw, as non-Presidential and unbecoming, as crass and offensive, but most could not bring themselves to admit that they had voted for a serial prevaricator. “I love what he’s saying, just not the way he says it,” a woman named Debra told a group. She was willing to make excuses. “He just exaggerates to try to get his message across,” she said.

Republican politicians, to the extent that they say anything at all about Trump these days, tend to take a similar view. Even when Trump goes too far for his defenders, the criticism tends to imply that he just made an error of judgment, that he screwed up this one time. “Mr. Trump is debasing his office, and he’s hurting the country in doing so,” the Wall Street Journal wrote in an editorial this week, about the Scarborough tweets. But you will not find anything in that editorial, nor in any other from the Journal, that deems the President an unrepentant liar whose conspiracy theories undermine public trust in government health experts, basic facts, and election results.

Seeing Trump’s falsehoods as foibles is folly. Trump’s lies are a feature, not a bug, of his Presidency and, indeed, of his entire public persona. His promotion of a sinister alternate reality divorced from facts is not an aberration that can be corrected. His misstatements are not mere mistakes. As the Post’s book points out, when called on a lie, Trump not only does not back away from it; he has a tendency to repeat it. In more than four hundred instances, the Post’s fact checkers found, he has repeated the same falsehood at least three times. Joe Scarborough is not even the first person whom Trump has falsely accused of murder since he has been President. Yet, when the White House press secretary, Kayleigh McEnany, was asked on Thursday whether Trump would correct the Twitter errors that led to Twitter’s fact check, she adamantly refused. “His intent is always to give truthful information to the American people,” she said.

The conclusion from all of this is as depressing as it is damning. These are not standard-issue political lies being foisted on the public but nuclear-weapons-grade falsehoods that speak directly to the President’s character. They are of a scale and volume that simply defy precedent, even in a country that had Richard Nixon as its leader. Trump, the Fact Checker’s editor Glenn Kessler writes, is quite simply “the most mendacious President in U.S. history.” There are, sadly, eighteen thousand reasons and counting why he is right.