Who Wins In Recessions? The Rich And The Lucky 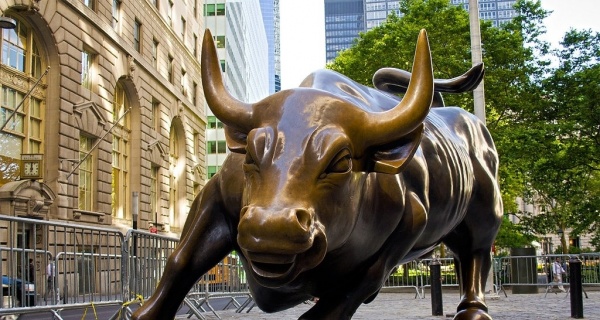 While virtually everyone else has been struggling through the COVID-19 recession, billionaires have done well between March 18 and May 19. According to a report from the Institute for Policy Research and Americans for Tax Fairness, U.S. billionaires’ wealth grew by more than $400 billion over that period.

Consumer spending is down 7.6 percent in the first quarter of 2020 from the last quarter of 2019, but composition of consumer spending has changed. The demand for online shopping and news exploded Jeff Bezos’ wealth by over 30% to $148 billion (Bezos runs Amazon AMZN and owns the Washington Post). His ex-wife’s wealth grew even more, by 33%. Bill Gates, Mark Zuckerberg, Warren Buffett, Larry Ellison, Michael Bloomberg, and some Walton heirs also have done well in the two months since the shutdown orders in the United States were put in place and an estimated 50 million Americans have lost their jobs.

Another odd phenomenon is that average workers’ pay actually increased in April, with average weekly earnings rising from $804 a week to $842. This is odd because wages and salaries usually fall or remain stagnant when there is surplus labor, and in March and April, there were more people looking for work than jobs available.

In this recession, the worst since the Great Depression in the 1930s, high-income workers are more likely to keep their jobs, and billionaires are seeing their fortunes grow. In short, the COVID-19 recession is causing more inequality. Even Federal Reserve Chair Jerome Powell felt compelled to point out the growing inequality. As the Fed noted in May, 40% of those earning under $40,000 will lose their jobs in the COVID-19 recession.

The wealthy are always more likely to win in recessions, as NYU economist Edward Wolff has found. During recessions, wealth and income inequality grows. And as economist Hilary Hoynes and others have discovered, poor and indebted households are affected much more by business cycles. Future research will likely find similar effects from the COVID-19 recession.

Another awful and quite pronounced effect of this recession is how it will worsen gaps in mortality. Longevity inequality was already growing before the pandemic because of the uneven access to health care, health care disparities, and unequal access to healthful living places with fresh air, fresh food, and walkable places. Those most at risk of dying early are also those more severely affected by this recession, due to the effect of the virus on those with diabetes and other co-morbidities.

The winners in all recessions are the people who keep their jobs and hours, can work at home, and those with excess cash and wealth to snap up what owners needing cash sell: lower-priced small business, lower-priced stocks and bonds, and perhaps even a lower-priced house or two. The COVID-19 recession will cause more wealth, income, and health inequality.