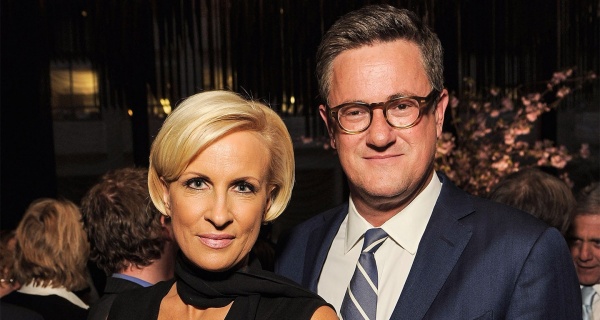 “A blow to her head? Body found under his desk? Left Congress suddenly? Big topic of discussion in Florida…and, he’s a Nut Job (with bad ratings). Keep digging, use forensic geniuses,” Trump declared in a Saturday evening tweet.

Trump has repeatedly and baselessly suggested foul play in the case of Lori Klausutis, an intern who died in Scarborough’s congressional office in 2001. The death was deemed accidental as Klausutis suffered from an undiagnosed heart condition.

As Politico’s Blake Hounshell pointed out, this is not the first time Trump has accused Scarborough of murder. In 2017, the president called for an investigation into Scarborough “based on the ‘unsolved mystery’ that took place in Florida years ago.”

Almost two weeks ago, Trump again implied via Twitter that Scarborough got “away” with murdering his former intern. This led to Mika Brzezinski, Scarborough’s wife and fellow morning co-host, demanding that Twitter CEO Jack Dorsey stop allowing the president to “abuse” the platform.