Trump Didn't Drain The Swamp. Now Biden May Drown Him In It. 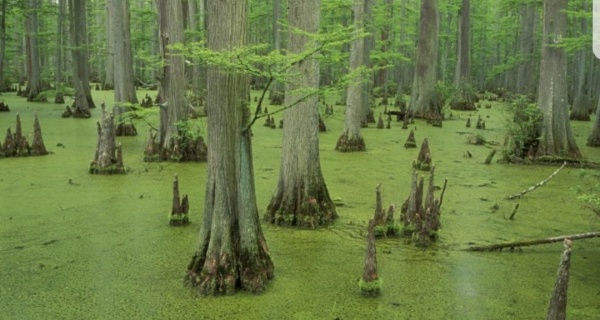 Money that should be going to needy Americans is going to Trump's friends and cronies. If anything, the swamp is bigger than ever.

Whatever happened to “drain the swamp” — one of the original promises from then-candidate Donald J. Trump? At the time, it was a powerful rhetorical refrain that harnessed a widespread sentiment that Washington had sold out the American people in favor of special interest influence. It was an effective rallying cry that created a tangible contrast between the outsider insurgency that was Donald Trump juxtaposed with the ultimate insider that was Hillary Clinton. And yet four years later, Trump has become the swampiest of swamp creatures, giving the Joe Biden campaign a very real opening to do to Trump what Trump did to Clinton.

If you’re among the 36.5 million Americans who have filed for unemployment insurance since mid-March, you might be asking yourself, “What happened to all of that money Congress passed to shore up the economy and keep small businesses afloat?” The answer: Too often, it went to donors, supporters, allies and former aides of President Donald J. Trump, aka The Swamp.

The friends of Trump that hit the jackpot

Phunware, a data firm that is doing work for the Trump re-election campaign, received $2.85 million from the Paycheck Protection Program (PPP) — the average loan distributed through this program is $206,000.

CloudCommerce, a company whose largest shareholder is Trump campaign manager Brad Parscale, received nearly a million dollars through the PPP.

Ronald Gidwitz is the president’s ambassador to Belgium and was the Trump campaign finance chair for Illinois. Gidwitz’s family is the largest shareholder in a company called Continental Materials Corp. They were approved for a $5.5 million PPP loan.

It is worth noting that Congress gave a much-needed "booster shot" to unemployment benefits by allowing some to receive an additional $600 a week, however, the influx of unemployment claims has created a massive backlog, delaying support from reaching millions of Americans. On top of that, emergency relief dollars intended to support small businesses are instead going to publicly traded companies with more than 500 workers. All the while, dozens of lobbyists with direct ties to the Trump administration and Trump campaign are cashing in, receiving tens of thousands of dollars from private companies to leverage their relationships and access to deliver a piece of those taxpayer dollars.

You might remember that in April, Trump removed the inspector general who had been tasked with conducting oversight of the $2 trillion CARES Act relief package. That IG was replaced with White House lawyer Brian Miller, whose nomination was advanced last week by the Republican-controlled Senate Banking Committee. Trump clearly wants a loyalist in this position who will look the other way while taxpayer-funded handouts are delivered to his allies.

Republicans said they cared about corruption when Obama was president

In 2010, my former boss Rep. Darrell Issa (R-CA), was the top Republican on the House Oversight and Government Reform Committee. Appearing on The Rush Limbaugh Show, Issa declared that President Barack Obama was “one of the most corrupt presidents in modern times.” A month later, Issa added context to his remarks on CNN’s Situation Room with Wolf Blitzer saying, “When you hand a president nearly a trillion dollars in walking around money, he uses it for political paybacks, that’s corrupt.”

Donald Trump’s bank-heist in broad daylight of coronavirus funding is the manifestation of everything working-class Americans believe is corrupt about Washington. The idea that the elite and privileged get a life boat, while the rest of us are left to fend for ourselves. That access to support and relief is bought and paid for with political contributions, while millions of Americans are being laid off and furloughed. That pay-for-play is the only currency that Donald Trump accepts, and the rest of us are dispensable and disposable.

It’s a campaign narrative that practically writes itself and can put Biden on the right side of the middle/working-class voters that Trump and the Republicans are taking for granted with their flagrant corruption. Donald Trump may have won the presidency on the promise to “drain the swamp.” Joe Biden should end it by drowning him in it.