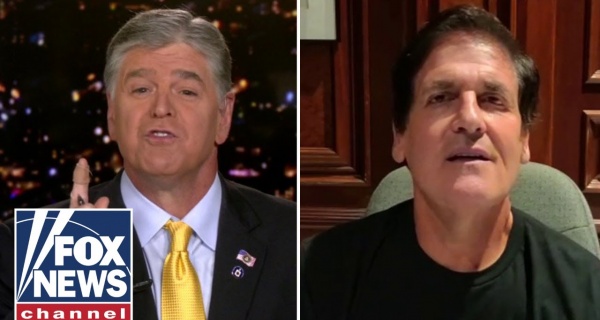 Given that Cuban is the owner of the NBA’s Dallas Mavericks, he initially spoke with Sean Hannity about how sports could return amid the coronavirus pandemic. But it wasn’t long before the conversation turned to the president ? and the exchange got a little heated.

Hannity interjected that “they” spied on Trump, but Cuban wouldn’t let him change the subject.

“Who cares?” Cuban shot back. “He’s the most powerful man in the world. Be powerful, be a leader, set an example.”

Earlier in the interview, the two sparred over the administration’s response to the pandemic. Hannity noted that Cuban supports former Vice President Joe Biden, and said: “Tell me all the things that Bunker Joe did on coronavirus that you admire, then I’ll tell you what I think Trump did that I admire.”

But Cuban noted that Biden isn’t the president and has no role at all in the government.

“You can’t really put him in that category,” Cuban said, then shared some specific details about the Trump administration’s shortcomings.

Check out more of their conversation below: