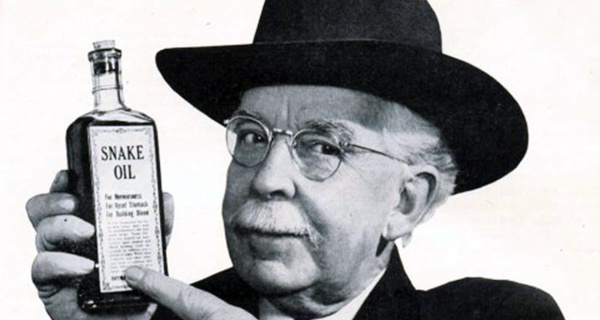 Conservative Washington Post columnist Jennifer Rubin blasted President Donald Trump as nothing more than a snake-oil salesman who refuses to listen to the experts and scientists. Americans aren’t buying it and it’s starting to hurt his election chances.

After Trump decided to recommend the country start taking hydroxychloroquine as a preventative drug for coronavirus, scientists, doctors, and other experts quickly took to television and social media to beg people to be more responsible.

Rubin noted that luckily, the latest Gallup poll shows “just under a third of Americans, 32 percent, now say they are satisfied with the way things are going in the U.S. That is similar to the 30 percent recorded in April but down from the recent high of 45 percent in February.”

According to the numbers, it appears Republicans are feeling worse and worse with each passing month.

“Republicans’ satisfaction with the country’s direction has fallen each month since February, including a 12-percentage-point drop to 48% in May,” said Gallup.

Rubin explained that even the GOP’s approval rating for Trump was 10 points higher on average in 2019 than it is during an election year. It’s no wonder that his team is desperately trying to keep him away from TV cameras.

“His assumption that Americans would care more about reopening the economy and less about their own health has turned out to be dead wrong. It is little wonder that they are not feeling any better about the state of the country,” Rubin wrote.

It has been years of Democrats trying to figure out what would break Trump’s hold on his base. Now, it appears that a real divide has grown between “Republicans’ perception and Trump’s alternate reality,” she explained. “At least a couple of things might be happening here that distinguish the current situation from past episodes when Republicans maintained Trump’s sunny view of his presidency no matter the circumstances.:

Certainly, the economy has played a huge role in the Trump downfall. All he had was a stable economy delivering stock profits to shareholders. Taking that away means Trump has to actually explain how and why his economic strategy will bring America back. It isn’t working.

“Second, as much as Trump likes to attack his foes in Congress, it no longer serves as an effective foil,” Rubin continued. “Americans like what Congress has been doing — voting to send them checks, ramping up testing, extending loans to small businesses.”

Going up against the experts not only isn’t working to give himself a boost and take down his rivals.

“Overall, the country, including the Trump base, has gotten an extra dose of reality. Trump’s usual bag of tricks is ineffective in the face of widespread death, illness, disruption of normal life and economic hardship,” Rubin closed. “Throughout his presidency, Trump has worked furiously to get people to ignore what they see, hear and experience for themselves, but now he fails to sway even some Republicans. His performance finally must be viewed in the harsh light of reality. If so, Republicans might be heading for a harsh reckoning.”