Trump Campaign Crooks: Where Are They Now? 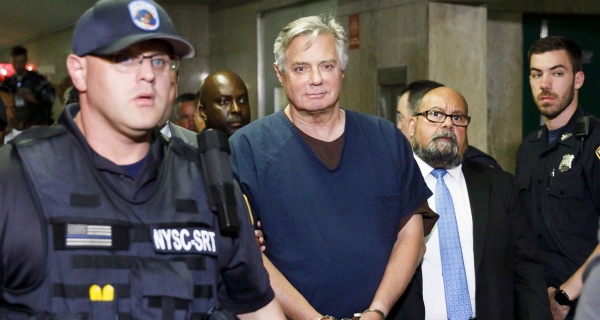 Paul Manafort gets to go home today. The former Trump campaign chairman has served just a third of his 90-month prison sentence, but concerns about the coronavirus and the 71-year-old’s deteriorating health have resulted in his release to serve out the rest of his time at home.

Manafort is just the latest convicted Trump pal to show up in the headlines in recent weeks. While you may have forgotten the fate of various figures who were once so prominent during special counsel Robert Mueller’s investigation — Flynn! Stone! Cohen! — they’ve all found their way back into the news. Here’s where the biggest Trump-adjacent names to be convicted of crimes are now.

The Justice Department last week dropped all charges against Michael Flynn after saying it couldn’t prove he had lied to the FBI. The move comes two and a half years after he pleaded guilty to lying to the FBI. Trump, who has long defended Flynn against the charges, celebrated him as an “innocent man” after the charges were dropped last week. Then he spent the weekend indulging in a conspiracy theory he’s calling “Obamagate.” As for Flynn, there’s a nonzero chance Trump’s first national security adviser rejoins the team.

Paul Manafort: On his way home

Trump’s former campaign chairman is heading home after serving the first third of his sentence for bank fraud, tax evasion, and conspiracy charges.

Lawyers for the 71-year-old Manafort, who was being held in a prison with no confirmed cases of coronavirus, last month cited his poor health and the pandemic in a letter to prison officials asking for his release. They asked that Manafort be allowed to serve out the remainder of his sentence with his wife in their Virginia condo. During the COVID-19 outbreak, “Mr. Manafort is at a significantly higher risk for serious illness or death,” they wrote.

As the Washington Post notes, the U.S. Bureau of Prisons is prioritizing the home release of inmates who have less than half of their sentence, or less than 18 months, remaining. Neither is true of Manafort.

Last December, Manafort’s onetime right-hand man received a sentence of 45 weekend days in jail after pleading guilty to financial crimes and lying to investigators. His punishment was significantly less than Manafort’s because Gates flipped on Team Trump, sitting for hundreds of hours of interviews with prosecutors.

Last month, Gates asked if he could serve out the remainder of his weekend sentence at home, citing concerns over the pandemic and his wife’s breast cancer, which puts her at high risk for coronavirus complications. On April 21, a federal judge suspended his sentence indefinitely.

Roger Stone: At home — for now

On February 20, after Attorney General William Barr’s intervention in the sentencing process, Roger Stone was slapped with 40 months in prison. That was significantly less than the seven to nine years prosecutors recommended for his crimes of witness tampering and lying to Congress. But he still hasn’t started serving the time because of the coronavirus, which he said makes prison “essentially a death sentence” because of underlying health conditions.

After the attorney general saved him from a longer sentence earlier this year, Stone is now hoping for the intervention of two more powerful figures. In an interview last month, he said he’s “praying for a pardon,” but hasn’t directly asked Trump to step in.

A week before Michael Cohen’s first anniversary in federal prison, he was scheduled to go home. Trump’s former personal lawyer would be allowed to serve out the rest of his three-year sentence, which he received for campaign-finance violations and lying to Congress, on home confinement because of coronavirus concerns.

But when the time came for Cohen to be released, he wasn’t. His lawyer said no reason was given for the delay, but speculation points to the White House. Trump reportedly “seethed” about the prospect of Cohen’s early release. Still, his former fixer is still expected to go home later this month.