Trump Has Lost the Plot 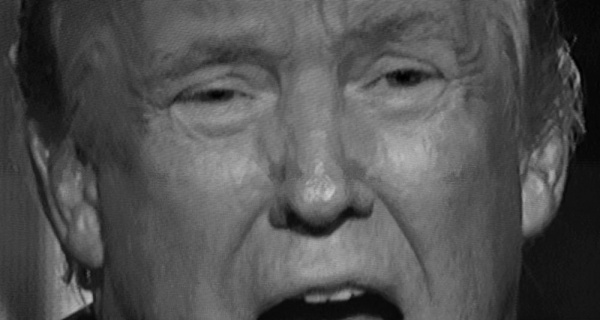 The president is talking about things most Americans can’t comprehend, let alone care about.

A couple of years ago, BuzzFeed asked a former White House official to explain the logic behind some bizarre Trump action. The official responded with one of the master quotes of the Trump era.

President Trump, the official said, is not playing “the sort of three-dimensional chess people ascribe to decisions like this. More often than not he’s just eating the pieces.”

Over Mother’s Day and then through Monday—and who knows, perhaps continuing today—Trump has fired off hundreds of rounds of weapons-grade lunacy on Twitter. When Trump does this kind of thing, many are ready with an explanation: He’s rallying his base; he’s distracting his critics; he’s challenging the existence of reality itself.

But these explanations miss the point. Trump horribly and uniquely bungled the coronavirus crisis. The human result is mass death and Great Depression–scale unemployment. The political result is that while leaders in Britain and almost everywhere else in the democratic world have been boosted by a surge in public support and approval, Trump has not. The governors who have clashed with Trump have seen their poll numbers rise; New York Governor Andrew Cuomo may now be the most popular politician in the country. Governors who support Trump, like Florida’s Ron DeSantis and Georgia’s Brian Kemp, have seen their numbers tumble.

Trump trails Joe Biden in national polls by at least five points, as he has done all year. Trump is even lagging behind in swing-state polls. He is down by three points in Florida, five in North Carolina, and seven in Pennsylvania and Michigan. An internal Republican National Committee poll of the 16 least-decided states shows Trump behind in virtually all of them—so much so that he seems likely to drag the Republican Senate majority down with him, The Washington Post reported.

Trump’s psychology is defined by his terror of rejection. The most stinging insult in his vast vocabulary of disdain is loser. And yet every poll, every powerful Biden TV ad, forces Trump to contemplate that he is headed toward a historic humiliation. He’ll stand with Jimmy Carter and Herbert Hoover, the incumbents rejected because they failed to manage economic crises.

Trump failed to prevent the crisis. Out of envy and spite, he dismantled the pandemic-warning apparatus his predecessors had bequeathed him.

Trump failed to manage the crisis. At every turn, he gave priority to the short-term management of the stock market instead.

Trump failed to message the crisis. He not only lacks empathy; he despises empathy.

Angry, scared, and aggrieved by the lack of praise for his efforts, Trump turns for safety to television, where his two-dimensional friends explain how everything is everybody else’s fault. They tell him that he is right and all his critics are wrong. They promise that miracle drugs will—poof!—make all his troubles vanish without effort. Sean and Tucker and Laura and Jeanine and the Fox & Friends romper room tell him stories that hold the terror at bay.

But those stories have drawn Trump into a twisting ghetto of craziness that is impenetrable to outsiders.

The “Obamagate” that Trump tweets about—like the comic-book universes on which it seems to be modeled—is a tangle of backstories. The main characters do things for reasons that make no objective sense, things that can be decoded only by obsessive superfans on long Reddit threads.

So you’re saying that the deep state set up this whole elaborate plot to entrap Trump, but instead of using any of that material, it instead sabotaged Hillary Clinton 10 days before the election?

No, no, you don’t get it. You’ve gotta go back to the Benghazi episode four seasons back. Well, really to Troopergate, but that’s only available on DVD …

Biden’s proliferating internet ads hit two themes over and over: the pandemic and jobs, jobs, and the pandemic. Those themes are easy to understand. They carry the power of truth. Above all, they are about the viewer: You are sick or scared, you have lost your job or your business—all because Trump failed to do his job.

Trump’s messages, by contrast, are all about him. You are sick or scared, you have lost your job or your business—but let’s remember who the real victim is. Me. Me and Michael Flynn. But mostly me.

The more Trump talks about his crackpot theories, the more he reveals why he plunged the country into such a catastrophe. He never cared about anybody else. He ignored unwelcome realities, because only fantasy flattered his ego as it required to be flattered.

You can try to assemble the Trump-Fox victimhood stories into something resembling a coherent whole. Tim Miller of The Bulwark has made valiant efforts to do so. You can test those stories against reality and expose them as delusional and delusive, as I have tried to do.

But the most important thing to notice about the Trump-Fox blizzard of mania is how remote it is from anything that real-world voters care about. In 2015, Trump apprehended that most Republicans were talking about things that Republican voters did not then care about: deficits, taxes, productivity, and trade. In 2015, Trump apprehended that nobody was talking about things that Republican voters did care about: immigration, drugs, the declining status of less-educated white men.

That Trump is gone. Today’s Trump has lost the plot. He’s talking about things most voters could not even understand, let alone care about. Yes, Flynn lied to the FBI. But you have to see, the FBI’s interview was not properly predicated …

Meanwhile, the country is on track to lose more people to the coronavirus than the Union lost in battle in the Civil War. Meanwhile, 33 million Americans have filed unemployment claims.

In her White House memoir, former President George W. Bush’s communications director Karen Hughes tells a useful anecdote. Walking on the beach, she looked up from to see a small plane flying an advertising banner: marilyn ive poured my ♥ out nothin left luv wes. Hughes contemplated the banner and thought, “I could have given him some message advice: the banner is clearly some sort of appeal to Marilyn, but the words are about Wes—what he has done, how he feels. He should have made the message about her.”

Trump is all about Trump. That’s always been true. For three years, though, Trump was protected from himself by the prosperity he inherited from others. Trump has squandered that prosperity, as he previously squandered the fortune bequeathed by his father. The consequences are here. The fairy tales Trump tells on Twitter will not conceal those consequences from the voters' Trump needs.