Rick Wilson and Steve Schmidt gang up on Trump over his pandemic failures: ‘He’s a weak man’ 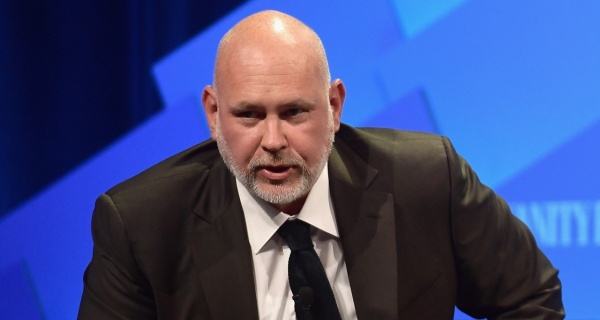 On Saturday’s edition of MSNBC’s “AM Joy,” Never Trump conservative strategists Steve Schmidt and Rick Wilson laid into President Donald Trump and walked through the extent of his failure to lead the country.

“This is a man who promised to run saying, I can fix it alone, I will make America great again,” said Schmidt. “And his legacy will be mass death, will be suffering at an epic level and economic collapse. That’s the Trump legacy, and he has demonstrated through this crisis, he has exactly zero capacity to lead this nation out of this mess.”

“And it will not be the work of one presidential term. It will be the work of many presidential terms,” added Schmidt. “For there to be a season of American recovery, and we see every day his incapacity to lead that and in shortly less than six months the American people are going to have to decide in the most important election this country’s had since 1864, whether the United States will go into a steep descent or decline, or we can possibly begin to recover from the Trumpian disaster that the country faces.”

“The major factor here is Donald Trump, as my friend Steve just said, was a reality TV star who sold a brand of competence and leadership that never existed,” said Wilson. “It was only created in a teleprompter by a writer for a reality show. And we have seen he is overwhelmed. He is unable to process this mentally. He is a weak man. He is a man driven by his ego and his finality and not be a desire for the country.”

Wilson continued: “The difference between every other president — and you know what, we can love or hate and we can agree or disagree on their policies — but every other president, whether it was Bill Clinton or Richard Nixon or JFK or LBJ, they entered that Oval Office having taken an oath to serve this country and there is a — there was always a magic about becoming the president of the United States and they honored the history of the office, they honored the solemn responsibility … those men all, at a fundamental level, were there to serve the people of this country, and Donald Trump is in the White House to serve himself.”

“We are in a crisis without a president who can manage to lead this country effectively,” he added. “Donald Trump’s reaction is the kind of thing that — the way a weak man reacts to a strong crisis.”