Diddy Once Told Black America To 'Vote Or Die'. Now He’s Flirting With The Idea Of Staying Home In November 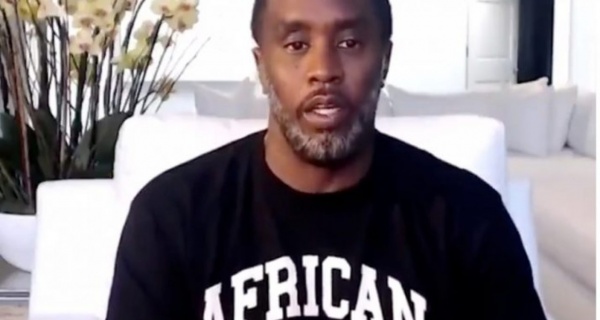 Sean “Diddy” Combs, P. Diddy, Diddy, Puff Daddy, and/or Brother Love is many things. But an expert on politics, voting trends, and policy he is not.

On Monday evening Diddy sat down with his friend Naomi Campbell on her YouTube show, No Filter With Naomi, to discuss the importance of voting in the next election.

Historically Diddy holds a complicated relationship with politics since entering the public eye. In the 2004 presidential election, Diddy joined forces with MTV to help promote their long-running #RockTheVote campaign which encouraged young voters 18 and up to participate in the general election. He also launched the “Vote Or Die” campaign through his initiative Citizen Change, to doubly help engage young voters in the race between Republican, George W. Bush, and Democrat, John Kerry. During the “Vote Or Die campaign, Diddy revealed he had never registered to vote until the 2004 election.

The context is needed to explain what went down between him and Campbell, where he urged that the Black vote should not be up for grabs.

“The Black vote is not gon’ be for free,” he began. “We’re gonna have to see some promises. We’re gonna have to understand what kind of deal we’re getting out of—what are we getting in return for our vote? Nothing has changed in America for Black America. And, in order for us to vote for Biden we can’t be taken for granted like we always are because we’re supposed to be Democrats. Or because people are afraid of Trump.”

“It’s whoever is going to take care of our community, whoever wants to make a deal, it’s business at this point. We can’t trust politicians. So we want to know very clearly, just like Trump made it clear that he wanna build a wall, Biden needs to make it clear that he’s going to change the lives and quality of life of Black and brown people,” he said.

“I will hold the vote hostage if I have to,” he concluded.

At this point, in November, we will be forced to choose between two candidates. Donald Trump and Joe Biden. Diddy’s argument leaves too much to the imagination in not clearly stating that Trump has been dangerous for Black America.

This also isn’t the first time Diddy has called for a Black vote revoke. He made similar arguments in the 2016 election during an MSNBC interview with Al Sharpton, where he said Black voters got “shortchanged” by the Obama administration.

“The heat has to be turned up so much that as a community, we’ve got to hold our vote,” Combs said. “Don’t pacify yourself; really revolutionize the game. Make them come for our vote. It’s a whole different strategy, but I think we need to hold our vote because I don’t believe any of them.”

Diddy’s walk through the political sphere is very similar to another friend of his, Kanye West. While Kanye touts his MAGA gear and affinity for Trump, he also argued he would not let his race define who he should vote for under the term “freethinking,” arguing that the Democratic party took Black voters for granted, while the Republican party liberated the slaves. However, he conveniently skipped over about 100 years of history where conservative leadership helped enforce the systemic policies in play which routinely disenfranchise Black citizens in America. It was later found out that Kanye had never voted. In an April 2020 GQ interview he said that when he casts his first ballot in November 2020, he will do so for Trump.

Some of Diddy’s famous peers called him out on the matter including Kenny Burns, host of The Kenny Burns show. Burns pointed out that Diddy’s page deleted comments supporting Biden, while leaving up comments from Trump supporters.

Yes, Democratic leaders do need to advance the plight of Black people in this country, but withholding the vote will also land us in the same place as we were in 2016. 43 percent of eligible voters did not turn out to vote according to the U.S. Election Project during Trump’s election year.

And for privileged Black Americans like Kanye and Diddy, the blowback of another Trump presidency will undoubtedly ensure disparities, compounded by the economic crisis and health concerns exacerbated by the coronavirus. When we move to the light in our current situation, where will that leave the majority of Black America? We are walking into November 2020 far worse than the one we envisioned.

And while, “free-thinking,” is being touted underneath the umbrella of telling Black people who they should vote for, encouraging them to disenfranchise themselves is against their best interest, and dangerous. Conservative leadership is already looking for a way to ensure Trump’s path to the White House, this would be the first step in doing so.