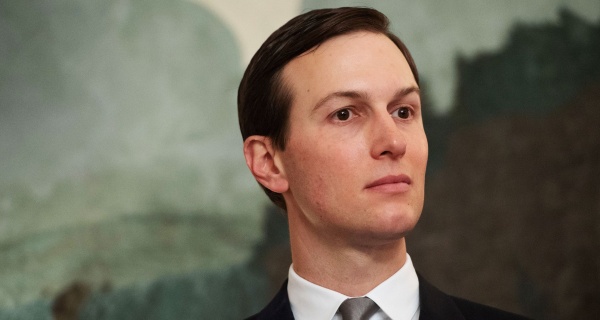 Earlier this week a devastating statistic emerged from the coronavirus crisis: in a matter of months, more Americans have died from the virus than in the Vietnam War. While the Trump administration certainly did not cause the pandemic, it is fairly widely accepted—outside of the West Wing—that its shambolic response to COVID-19—from ignoring the early, dire warnings, to declaring them fake news, to putting a dog breeder in charge of the Health and Human Services task force, to listening to literally anything the first son-in-law had to say on the matter— allowed the deadly disease to gain a foothold in the United States, where, to date, more than one million people have tested positive and more than 58,000 have died.

Most people, regardless of their political allegiance, would probably agree that almost 60,000 dead Americans constitutes a lot. Particularly in light of the fact that in February, Donald Trump claimed that no more than 15 Americans would even test positive for the disease. And then you have Jared Kushner.

Appearing on Fox and Friends Wednesday morning, the Boy Prince of New Jersey was asked about “two questions [that kept] coming up over the weekend on the Sunday shows,” the first one being, “Where’s the national strategy?” and the second, “Why did you guys collapse the pandemic office when you guys took over?” Claiming that the pandemic office “was an NSC situation,” and anyway, “there’s a lot of different parts of the government that are responsible for that and all those have been functioning”—fact check: not so much—the sentient jar of cold cream then boldly proclaimed: “We’re on the other side of the medical aspect of this and I think that we’ve achieved all of the different milestones that are needed, so the federal government rose to the challenge and this is a great success story. And I think that that’s what really needs to be told.”

To be fair to Kushner, who reportedly maintained as of mid-March that the coronavirus situation was “more about public psychology than a health reality,” after a lifetime of failing upward one might actually think this was true! If you had only ever screwed up at every job you ever held, only to be rewarded with more responsibility, you, too, might observe a five-figure body count and say to yourself, “Not bad, J-man, not bad at all.” Of course, it’s actually very bad and Jared, his equally unhelpful wife, and his criminally negligent father-in-law should all be run out of town for it, but you can see where he might’ve gotten that idea that he really nailed this one.