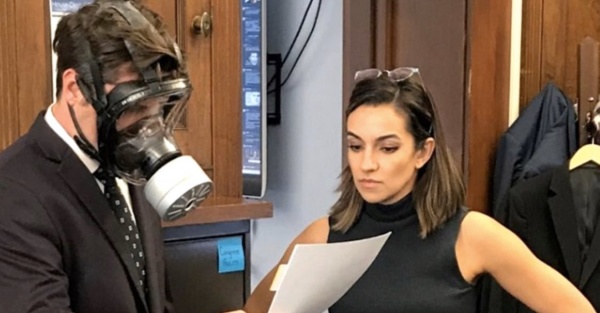 The Daily Show with Trevor Noah tweeted out a video, cutting together the “Heroes of the Pandumbic.” In the tweet, The Daily Show name-checked the luminaries we have seen and written about over the past few weeks: Hannity. Rush. Dobbs. Ingraham. Pirro. Nunes. Tammy. Geraldo. Doocy. Gutfield. Schlapp. Siegel. Watters. Dr. Drew. Henry. Ainsley. Gaetz. Inhofe. Pence. Kudlow. Conway. Trump.

It’s not like Fox News doesn’t know that it willingly mislead its viewers in order to support the continuing deadly incompetence of our current administration. The video doesn’t even cover people like Republican senators like John Kennedy who promoted racist sideshow excuses and scattershot blame while doing nothing to stem the spread of the public health crisis.

It’s been a team effort on the part of conservative outlets and libertarian types who make their money off of saying the media is too liberal and sensationalist and politically correct. All things that have become dog whistles to people who hate the idea that they themselves are not the expert of everything and are angry that people don’t always find their dumb ideas funny or smart.