Megan McCain Says 'The Trumps Are Always Making My Mom Cry' As She Talks Biden, 2020 And More 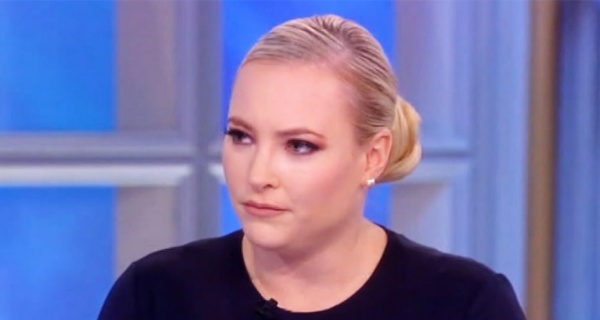 "The Trumps are always making my mom cry and I just think politics is personal, too," The View co-host said on Watch What Happens Lives

Meghan McCain didn’t seem to hold anything back in her latest appearance on Watch What Happens Live, on Wednesday night.

McCain, 35, appeared on Watch What Happens Live alongside Real Housewives of Beverly Hills star Erika Jayne and they dished with host Andy Cohen on politics, reality television, and more while drinking shots and taking shots at the Trump administration.

In addition to sounding off on her View co-hosts past (Elisabeth Hasselbeck) and present (Joy Behar), here’s what else McCain had to say.

Of Course, She Supports Joe Biden

It’s no secret that McCain is close with former Vice President Biden, who is the presumptive Democratic nominee to face President Trump in the November election.

By contrast, she has long been sharply critical of Trump and his family.

This dates back to Trump’s feud with John McCain, Meghan’s late father, whom Trump continued to disparage after the Arizona senator died of brain cancer.

“I keep telling everyone, ‘I promise you will know who I’m voting for,’ but it really shouldn’t take a rocket scientist to know there’s one man who has made pain in my life a living hell and another man who has literally shepherded me through the grief process,” Meghan said on WWHL, referencing the bad blood between her and the president and her family’s longstanding friendship with the Bidens. “This really shouldn’t be rocket science for people.”

Meghan told Cohen she had a lengthy conversation with Biden last Saturday.

“I love him dearly,” she said, before sharing a story about her parents — Cindy and John — meeting and getting married in part because of the Joe and Jill Biden.

“They’re old, old friends,” she said. “Again, he’s just been so integral in my life, especially since my dad got sick.”

In the same breath, Meghan switched from her love for Biden to her hard feelings for the president — who once mocked her dad for being a prisoner of war in Vietnam.

“I’m always like ‘my heart over my head,’ in so many different ways,” Meghan told Cohen, explaining how she approaches politics. “The Trumps are always making my mom cry and I just think politics is personal, too. I think character is really important in this moment — somebody who can tamp down fear and anger instead of making it worse. ”

Meghan previously slammed Trump for spreading “misinformation” during the novel coronavirus pandemic, though he has complained he is not receiving enough positive media coverage for what he has done right.

On Thursday’s episode of The View, she chastised the Trump administration for what she called a lack of answers on the growing economic crisis because of the shutdowns to slow the virus.

“I would like to hear some answers in these briefings about what we’re going to do to help people that are unable to work right now,” she said. “There doesn’t seem to be a lot of answers other than stimulus packages, which work to a point. But there’s a lot of people who are furloughed or unemployed and they don’t know what they’re going to do going forward, and I think they all deserve to have answers right now.”

She Laughs Off Vice President Request

After Meghan expressed her love for Biden, RHOBH‘s Jayne jumped in to somewhat jokingly ask her to run as the candidate’s vice-presidential pick.

Biden hasn’t announced who will be his running mate, but he has said he’ll pick a woman.

“Will you be the vice presidential nominee?” Jayne asked Meghan. “He said he’s going to pick a woman. He should pick you”

Meghan laughed and said Biden’s choice would “probably be more like [Sen.] Kamala [Harris] or someone like that.”

Meghan wasn’t laughing when Cohen asked her about how she felt about the marriage between Kellyanne Conway, a counselor to Trump, and Conway’s husband, attorney George T. Conway III, who is one of the president’s most vocal critics.

The political odd coupling even inspired a Saturday Night Live skit about their marriage using a spoof of the Scarlett Johansson drama Marriage Story last December.

Cohen asked her: “Do you think they discuss it at night?”

“You have to,” McCain said. “Ben [Domenech, a conservative writer] and I — my husband — we can’t not talk about the news. And if you’re working in the White House and somebody hates the president more than anything, how can you not? So, I think they’re both gross. Both of them.”

Cohen started to ask another question when Meghan interrupted him and asked to add one last thing.

“Don’t call me or email me, Kellyanne — I don’t care,” she said. “She does that every time I say something. I’m not interested.”