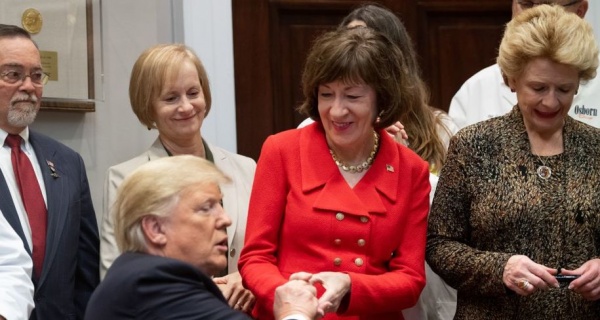 The King of horror is warning America about a new monster: Maine Sen. Susan Collins.

Stephen King, best-selling novelist and very active online Democratic activist, blasted his home-state GOP senator and called on voters to throw her out.

King’s harsh words came in a letter sent out by the Democratic Senatorial Campaign Committee.

“Let me say this clearly: Donald Trump is a terrible president, and he’s only been able to stay in power because of spineless senators like Susan Collins,” King wrote.

King also used the letter to plug Collin’s opponent, Sara Gideon, and to rustle up donations for her campaign.

“But we need a senator who’ll always put Mainers first, not just when it suits them,” he wrote. “Turning the Senate blue starts with defeating Susan Collins.”