Who Is Behind The Coronavirus Social Distancing Protest? 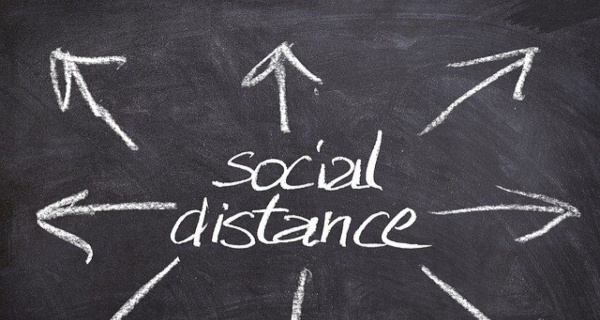 Over the past week, protests against social distancing orders have sprung up across the country. The crowds have generally numbered a few hundred, been predominantly white and had some carrying firearms.

Although they give the appearance of spontaneous demonstrations by angry citizens, in fact, they have largely been organized by conservative activists.

The rallies are pushing back against social distancing guidelines put in place by governors in an attempt to limit the spread of the coronavirus, which has led to at least 42,000 deaths in the United States. Medical experts universally say that stopping the chain of transmission to avoid overwhelming medical systems is the only way to buy time while treatments and vaccines are developed.

On Monday, Republican Gov. Brian Kemp of Georgia announced that the state would begin opening fitness centers, bowling alleys, body art studios, barbers, hair and nail salons and massage therapy businesses on Friday, followed by theaters and restaurants on Monday, April 27. Some Democrats, including Atlanta Mayor Keisha Bottoms, have criticized the decision. In Tennessee, Republican Gov. Bill Lee announced that the state’s stay-at-home order would expire at the end of April.

Some of the rallies are being pushed by Republican-allied groups in battleground states with Democratic governors. According to the Associated Press, last week’s Michigan protest was organized by the Michigan Conservative Coalition, a group co-founded by a GOP state representative and his wife, who is on the advisory board for an official Trump campaign group called Women for Trump and is also the co-founder of Michigan Trump Republicans. Another of the event’s promoters, Greg McNeilly, is a longtime political adviser to the wealthy DeVos family, which includes current Secretary of Education Betsy DeVos.

Michigan Gov. Gretchen Whitmer, a first-term Democrat, has drawn the ire of President Trump and been mentioned as a potential running mate for presumptive Democratic nominee Joe Biden. A poll done for the Detroit Regional Chamber found 57 percent of respondents approving of Whitmer’s handling of the virus, versus 44 percent approving of Trump’s.

Protests across the Midwest were driven by Facebook groups created by the Dorr family of conservative activists. Ben Dorr is the leader of the organization Minnesota Gun Rights and, along with his brothers, Chris and Aaron, has promoted Facebook groups protesting the guidelines. According to the Washington Post, roughly 200,000 people are members of groups targeting stay-at-home orders in Wisconsin, Ohio, Pennsylvania and New York. Dorr was a primary organizer for Monday’s rally in Harrisburg, Pennsylvania’s capital.

A protest in Texas was broadcast by InfoWars, the conspiracy theory boosting site owned by Alex Jones. The site has been banned from a number of platforms and involved in multiple lawsuits, including a ruling late last year requiring Jones to pay $100,000 in legal fees for the parents of victims of the 2012 Sandy Hook elementary school shooting who were suing him over his claims that the event never occurred. In 2017, Jones was forced to apologize to yogurt company Chobani after stating it was destroying the city of Twin Falls, Idaho, by hiring refugees to work at a plant there. Earlier this month, the Food and Drug Administration told Jones to stop promoting scam coronavirus therapies.

InfoWars has already announced its plans for a second rally this Saturday, writing on its website, “Show the globalists, including eugenicist Bill Gates, the World Health Organization and the CDC, that they can’t suspend freedom in America at a mere whim, and that they can’t force us to wear face masks like the people in Communist China, from whence the Wuhan coronavirus originated.”

Facebook has removed event postings for some protests, stating, “Unless government prohibits the event during this time, we allow it to be organized on Facebook. For this same reason, events that defy government’s guidance on social distancing aren’t allowed on Facebook.”

While photos and videos from the protests have proliferated across cable news and social media platforms, the attendees represent a minority of Americans. A Yahoo News/YouGov poll released Monday found that 60 percent of Americans oppose the protests, while just 22 percent support them. The same poll found that 71 percent of respondents were more concerned about opening things up too quickly versus too slowly, which is in line with the results from Pew Research and NBC News/Wall Street Journal surveys released last week. A spokesperson for GOP Gov. Larry Hogan of Maryland said they received more media inquiries for the protest there than there were actual attendees, while in Colorado health care workers blocked anti-distancing protesters.

“Unfortunately, some people have lost their lives to the virus,” said state GOP Rep. Aaron Bernstine. “My heart goes out to every one of those people. But my heart also goes out to the 1.5 million people in Pennsylvania out of work.”

The protests received support last week from Trump, who issued an all-caps tweet calling on followers to “LIBERATE” Michigan, Minnesota and Virginia, all states with Democratic governors seen as potential swing states in November’s presidential election. Some commentators and right-wing economists have urged Trump to reopen the country despite warnings by epidemiologists that it could result in a second wave of infections and deaths. Because governors and mayors ordered the shutdown — and not the federal government — questions remain over what, exactly, Trump could do to spur the reopening.

Trump’s support of the protests has drawn bipartisan condemnation from governors fighting the virus in their states.

“I don’t think it’s helpful to encourage demonstrations and encourage people to go against the president’s own policy,” said Hogan on Sunday in an interview with CNN, continuing, “The president’s policy says you can’t start to reopen under his plan until you have declining numbers for 14 days, which those states and my state do not have. So then to encourage people to go protest the plan that you just made recommendations on, on Thursday, it just doesn’t make any sense. We’re sending completely conflicting messages out to the governors and to the people, as if we should ignore federal policy and federal recommendations.”

“We have an order from governors — both Republicans and Democrats — that basically are designed to protect people’s health, literally their lives,” Washington Gov. Jay Inslee, a Democrat, said in an ABC News interview on Sunday. “To have a president of the United States basically encourage insubordination, to encourage illegal activity — these orders actually are the law of these states.

“To have an American president encourage people to violate the law — I can’t remember any time during my time in America where we have seen such a thing,” continued Inslee, adding: “It is dangerous because it can inspire people to ignore things that actually can save their lives. And I don’t know that there’s another way to characterize it.”