While The World Reels From Coronavirus, The Next Pandemic Is Waiting In The Wings 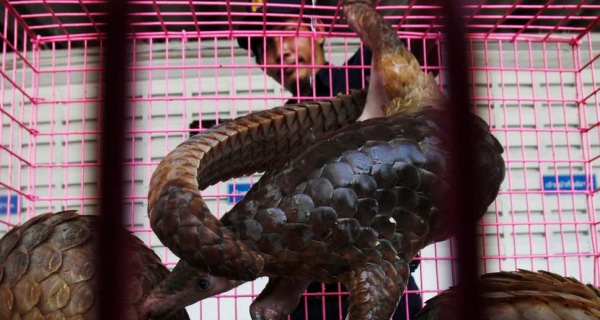 Stop The Wildlife Trade: Zoonotic diseases represent a real and present threat to the modern world – after failing to address the danger for centuries, we must act now

The mountains are high and the emperor is far away, goes the Chinese proverb. Over the years, the chorus of warnings on the wildlife trade and sale of live animals has steadily grown louder.

For too long, governments across the world have made overtures to curb this crisis of animal rights, but they have turned a blind eye to the continued growth of the industry in their own backyards. The threat to public health has been known to us for centuries, even since the Black Death.

But it is not going away. Rather it is becoming a more serious and sustained threat to the modern world. Indeed, zoonotic diseases are responsible for 2.5 billion cases of human illness and 2.7 million deaths every year around the world. As human civilization expands into more animal habitats, and the exploitation of the natural world continues, these infectious diseases are likely to become ever more common.

Researchers and experts have been warning of the threat of zoonotic viruses from Asia’s wildlife trade for some time. One academic paper from 2017 warns that the rise of China, a “cradle” of such diseases since the Black Death, would almost certainly herald a new wave.

Income growth means more Chinese consumers can afford the rare meats seen as “luxury”, fuelling the demand that leads to smuggling, corruption, and illegal markets. Urbanization increases the risk of a disease becoming an epidemic. And globalization brings China closer to the world. Just as the bubonic plague bacteria spread across the ancient silk roads to reach Europe, the coronavirus was carried from Wuhan across the globe in Boeing 747s and cruise liners.

While huge swathes of the rest of the world pull down the shutters on shops, businesses, and markets, and impose lockdowns to halt the terrifying spread of the disease, there are markets in filthy conditions across China and Southeast Asia selling live animals. The general trend is that territories further from Beijing and the east coast have more flagrant abuses.

China’s growing international clout also threatens to ramp up the illegal wildlife trade. While it has traditionally relied upon its close neighbors, Myanmar, Vietnam, and Laos, for certain animals such as pangolins and dogs, its global ambitions could change this.

Its Belt and Road Initiative, a massive state-backed program of investment across 60 countries to stimulate growth and trade and cement influence, might ease the illegal wildlife trade and put habitats of rare species like Asian brown bears and Persian leopards within reach, according to an article in one nature journal.

China has taken steps to control the wildlife trade. In February, it instituted a temporary ban on selling and eating wild animals, and authorities moved to close markets across the country. At the beginning of this month, the Ministry of Agriculture hinted that the dog meat trade could be outlawed.

Jill Robinson, the founder of an organization that runs animal sanctuaries in China and Vietnam for trafficked bears, warned me that we need a sea change in our attitude towards animals and the cultural practices surrounding their treatment.

“Markets have unsanitary conditions, and vast amounts of antibiotics are being used simply to keep the animals alive. This latest outbreak calls for great change globally and no country is immune. Governments must now take the decision to make massive and sweeping change or risk the next deadly virus that is waiting in the wings.”