Why Is Anyone Still Asking Dr. Phil For His Opinion? 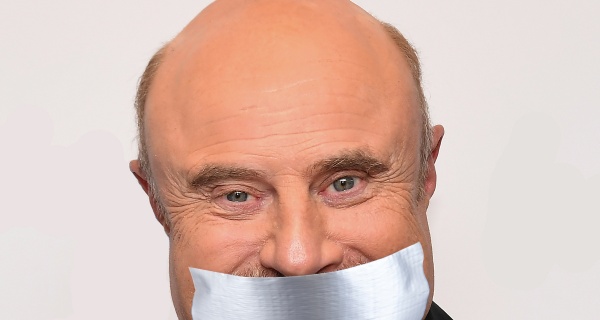 He thinks 360,000 people die per year in swimming pools. Don’t listen to his advice on COVID-19

If you’re seeking an unbiased opinion on an urgent national matter, probably the last place you want to go is Fox News — and if you’re looking for a qualified medical professional to speak on said matter, the last person you should turn to is Dr. Phil. Luckily for the public, a Thursday night episode of Laura Ingraham’s show offered the best of both worlds.

Professional charlatan, Dr. Phil is garnering intense criticism for arguing in favor of ending state lockdowns in order to stimulate the economy, comparing COVID-19 deaths to car crash fatalities and swimming pool drownings in the process.

“People are dying from the coronavirus. I get that,” the good doctor generously conceded on Ingraham’s show. “But the fact of the matter is, 45,000 people a year die from automobile accidents, 480,000 from cigarettes, 360,000 a year from swimming pools, but we don’t shut the country down for that.” At least two of these statistics are actually wrong; per the National Safety Council, 38,800 people in the U.S. died from car crashes last year, and per the CDC, there are a little more than 3,500 nonboating-related drowning deaths a year in the United States, not all of which are specifically in swimming pools.

Dr. Phil (who has a Ph.D. in psychology, not medicine) is in good company in adding his voice to the chorus of daytime TV-famous doctors-cum-talk-show-hosts who have made misleading, if not outright inaccurate, comments about COVID-19 and social distancing. Earlier this week, Dr. Mehmet Oz argued in favor of reopening schools on Fox News, referring to it as “an appetizing opportunity” and inaccurately paraphrasing a Lancet article by saying “the opening of schools may only cost us two to three percent in terms of total mortality.” (The Lancet review actually argued in favor of social distancing, stating that closing schools alone would prevent only two to three percent of COVID-19 deaths; Dr. Oz later apologized for his comments, saying he “misspoke.”)

Dr. Drew, too (who was most recently booted from The Masked Singer) made waves for suggesting that COVID-19 was less serious than the flu, a common talking point among the right. He, too, apologized for his comments, stating, “I wish I got it right, but I got it wrong.”

Dr. Phil made his comments on The Ingraham Angle immediately after Dr. Anthony Fauci, an actual doctor and the head of the National Institute of Allergy and Infectious Diseases, appeared on the show to urge caution in states reopening their economies. He also refuted a claim made by Ingraham (repeated by many COVID-19 deniers) that other infectious diseases, like HIV/AIDS and SARS, do not have a vaccine and did not preempt the shutdown of state economies.

“HIV/AIDS is entirely different,” Fauci said. “We don’t have a vaccine for HIV/AIDS, but we have spectacularly effective treatment. … SARS is a different story. SARS disappeared. We developed a vaccine, we were in the process of going through the various phases … and then SARS disappeared. So I think it’s a little bit misleading maybe to compare what we’re going through now with HIV or SARS. They’re really different.”

When Ingraham added that COVID-19 could also “disappear,” as SARS did, Fauci rebutted, “The degree of efficiency of transmissibility of this is really unprecedented in anything I’ve seen. It’s an extraordinarily efficient virus in transmitting from one person to another. Those kinds of viruses don’t just disappear.”