How To Stop The Business Loan Program From Benefiting The Rich 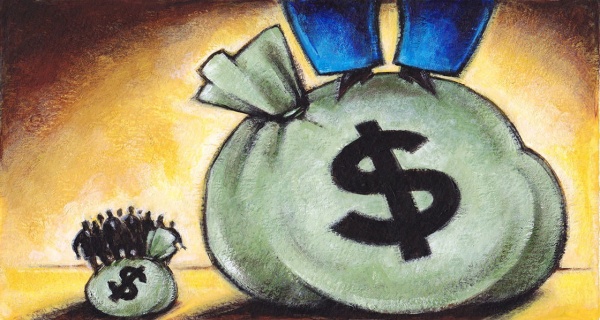 ANALYSIS: The loans were so easy to get that many wealthy people were able to benefit, while smaller companies were left behind when the money ran out.

When the Small Business Administration's $350 billion loan program ran out of money Thursday, few people in the business world were surprised.

With hundreds of thousands of businesses in distress, the demand for the forgivable loans was overwhelming. Employers who kept their full staffs on the payroll for eight weeks didn't have to pay the money back. As Dallas Mavericks owner Mark Cuban said, "It's free money!"

The rules for qualifying for the loans, however, were so loose that the program was opened up to many businesses and people who weren't the intended recipients, one of the reasons the program hit its ceiling so quickly. It has become a huge benefit for private clubs, law firms, investment managers and accounting firms that have the resources to complete their applications quickly. Some wealthy individuals have set up limited liability companies, or LLCs, which technically qualify for the loans, and they put their yachts and planes and personal staffs in the companies to qualify.

But it's been much more difficult for small and struggling storefront businesses to apply and get their money, and they were the ones that were supposed to get the lifeline.

A former Wall Street executive who now owns and operates 10 restaurants says his current industry is getting hurt while his former colleagues in the investment banking world took advantage of the program. The lack of ready cash makes it impossible for restaurant owners to plan and make hiring decisions, he said.

"How can we hire everyone back?" asked the executive, who requested anonymity. "My employees are now collecting unemployment. If I convince them to return and then we are still shut down through the summer, I'll have to let them go all over again."

As a result, many banking veterans say, the next round of the loan program has to have tougher rules to ensure that the neediest businesses get the most benefits.

"There is no reason to offer forgivable government loans to businesses that have been only marginally hurt, especially when the program has a cap on it," said Ron Kruszewski, CEO of Stifel Financial, an independent investment bank. "Going forward, everyone should be required to demonstrate true financial hardship in order to have these loans forgiven. It is imperative to ensure this money ends up in the hands of those who need it most."

The rules for the last bailout, following the Great Recession, were widely criticized for showering benefits on the biggest banks and investment firms to avoid an economic collapse.

Two men who both made fortunes during that crisis — which crippled thousands of economically vulnerable Americans, many of whom still haven't recovered — are involved in solving this one. Treasury Secretary Steven Mnuchin once ran IndyMac, deeply entrenched in subprime lending. And President Donald Trump named John Paulson, the hedge fund manager, on Wednesday to be a member of the "Great American Economic Revival Industry Groups," as the White House is calling them.

Many executives are urging them, as well as Congress, not to make the mistakes again.

"If the government wants to offer very low-interest-rate loans to hedge funds and other well-capitalized businesses, that makes sense," said Michael Novogratz, CEO of Galaxy Digital, a financial services firm, which didn't apply for the program, even though it qualified. "But there is no reason to offer forgivable government loans to businesses that have been only marginally hurt by this, especially when the program has a cap on it."

He said Congress and the administration need to act now.

"No industry or government leader wants to look at that list of names and see even one single rich guy's name, knowing how many out there are suffering," Novogratz said. "Small business is the heart of great American entrepreneurship."

"This is not a Wall Street package," said Marco Rubio of Florida, chairman of the Committee on Small Business and Entrepreneurship. "I don't want to read headlines that the well-financed, well-capitalized companies, because of their ownership structure, were able to suck up all the money and we ran out of money and now we can't help the small business down the street."