GOP Senator: 'We Gotta Reopen' Country And Virus 'Is Gonna Spread Faster' When We Do 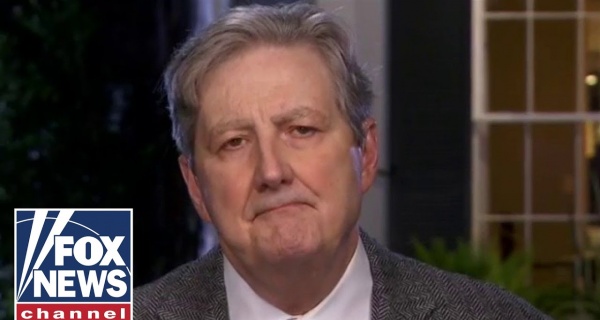 Sen. John Kennedy (R-LA) authoritatively declared on Wednesday night that the American people understand that the economy needs to be reopened very soon and that when that happens, the deadly coronavirus is “gonna spread faster.”

Appearing on Fox News’ Tucker Carlson Tonight, Kennedy—whose home state has been one of the hardest hit during the COVID-19 pandemic—insisted that social-distancing restrictions need to be quickly reversed because “very soon, the can is going to run out of road.”

After asserting that the world economy would soon collapse if the United States isn’t opened up in the near future, the Louisiana lawmaker went on to claim that nationwide shutdowns “did not stop the spread of the virus.”

“I wish it had,” he added. “But it’s too late for that. The shutdown slowed the spread of the virus at enormous cost, but it still spread.”

Because, according to Kennedy, social-distancing guidelines and widespread closures didn’t slow the expansion of the virus enough, it will spread much faster when those measures are pulled back, he said.

“That’s just a fact,” he asserted. “And the American people understand that.”

The conservative senator went on to say that “somebody’s got to make the call” on how the country goes about reopening, noting that it can’t be “in the middle of a hot spot” and that potentially high-risk people should be encouraged to quarantine.

“But, you know, this is like choosing between cancer and a heart attack,” he continued.

Kennedy also took issue with New Jersey Gov. Phil Murphy, who had preceded him on Carlson’s program and recommended that the economy stay closed until July to help stem the spread of the virus.

The senator, meanwhile, said he didn’t want to hear any “sophomoric accusations” that he is “morally tainted” if he doesn’t “want to see the economy crash,” adding that while he values life, this is “a question of making a hard decision with cold, hard facts.”

“The American people get it,” he concluded. “We’ve got to reopen, and when we do, the coronavirus is gonna spread faster, and we’ve got to be ready.”

Host Tucker Carlson, who has been one of the loudest Fox News voices calling on President Donald Trump to end the shutdowns, applauded Kennedy for his stance.

“Yep. You know what kills more people every year than coronavirus? A lot more. Poverty,” he reacted. “Poverty kills people in massive numbers, we should remember that. Senator, thank you for those wise words.”

According to Johns Hopkins Coronavirus Resource Center, 28,364 Americans have died from coronavirus and 637,359 have been infected. In Kennedy’s home state, there have been nearly 22,000 confirmed cases and more than 1,100 deaths.