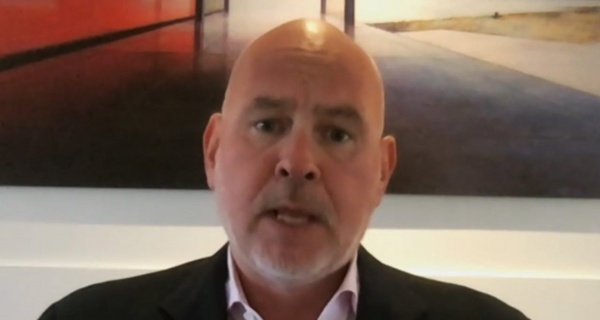 Yes, he foisted Sarah Palin on our national politics, which was a little like bringing an uncooked moose to a dinner party instead of a nice insouciant, oaky cabernet.

But Steve Schmidt, the veteran Republican campaign strategist who guided John McCain’s 2008 presidential run, now speaks the truth. And he’s not pulling punches when it comes to the ocher abomination.

Yesterday, during a panel discussion on MSNBC, Schmidt said what the majority of Republicans still can’t acknowledge. Donald Trump sucks. Hard. So hard, in fact, that he will go down as the worst president in the history of our country.

SCHMIDT: “When we look back at history, what we would have seen from Barack Obama back through Harry Truman is an American president calling for an international convention on pandemics, about how we bring the world together, how American leadership can drive toward a solution. Instead, we have the American delegation saying no to a communique because they won’t use the word ‘Wuhan flu.’ So it’s theater of the absurd that tops off every evening at the 6 o’clock follies where the American people are lied to nonstop, where he sows confusion, where he sows division, where he attacks the people who need help the most. We’ve never seen a dereliction of duty, we’ve never seen a level of unfitness for command, we have never seen a president more visibly failing hour by hour to meet the moment, to meet the test of history than we’re seeing with Donald John Trump, the 45th president of the United States. And I think by the time we get to the end of it, someone who will be universally regarded by historians, along with [James] Buchanan, the 15th president, who prefaced the Civil War, as the worst commander in chief in American history.”

Whatever. As long as they’re starting to get it.

In the absence of a true crisis, Donald Trump might have skated along for another year while managing to convince just enough people that he was a tough guy who gets things done, but he’s finally been confronted with a crisis not of his own making, and he’s failing big-league.

Schmidt knows it, a handful of other Republicans know it, and citizens as a whole are starting to get wise.

He truly is the worst president ever. That will be his legacy. Full stop.