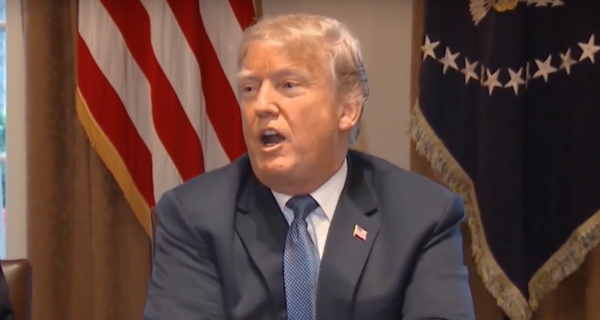 President Donald Trump reportedly has been privately suggesting an eyebrow-raising solution to the COVID-19 outbreak consuming the nation: Let it keep doing that.

The Washington Post reported on Saturday that during a Situation Room meeting on the pandemic in March, Trump asked White House coronavirus task force member Dr. Anthony Fauci, “Why don’t we let this wash over the country?”

Two unnamed sources told the Post that Fauci was stunned by the question.

Other unnamed officials said that Trump has “repeatedly” (in the Post’s words) asked the same question in the Oval Office.

Trump reportedly began mulling over the idea after hearing about the United Kingdom’s now-abandoned “mitigation” strategy that would let COVID-19 spread throughout the country with few movement restrictions imposed on the population in the hopes of building a “herd immunity” against the virus.

However, a study by medical advisers to the British government found in mid-March that the strategy would “likely result in hundreds of thousands of deaths,” prompting the U.K. to drop the plan.

The same study also predicted that 1.1 to 1.2 million Americans would die if the strategy were adopted in the U.S.